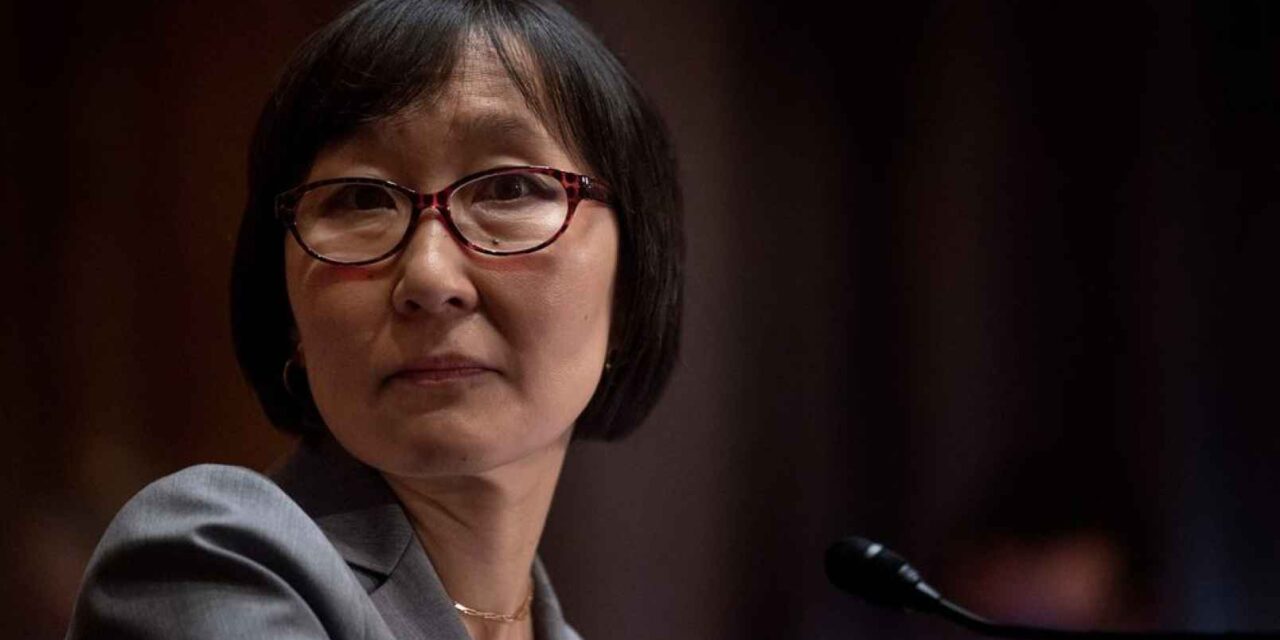 When the USSR collapsed in 1991, Kazakhstan was the last Soviet Socialist Republic to declare independence from Moscow, but in March 1992 it was recognized by the United Nations as a full member. On December 16, Kazakhstan will celebrate the 30th anniversary of its Independence Day. Keep that in mind when you see right-wing shills argue that Saule Omarova is “Biden’s first openly Communist nominee.”

Cornell Law Professor Omarova wasn’t there to see the birth of her home country because she was in America as an exchange student. She received a Ph.D in political science from the University of Wisconsin and a law degree from Northwestern University. She is now an American citizen.

She served as an adviser on regulatory affairs to the Treasury Department’s Under Secretary for Domestic Finance during the George W. Bush administration. If she’s a communist, apparently the Republicans only discovered this when President Biden nominated her to head the Office of the Comptroller of the Currency (OCC), a posting that oversees small banks.

That’s when banking flak Sen. Pat Toomey (R-PA) declared “I don’t think I’ve ever seen a more radical choice for any regulatory spot in our federal government.” He then provided the following explanation:

“You could ask yourself, ‘Where would a person even come up with these ideas?'” he said. “Well, maybe a contributing factor could be in if a person grew up in the former Soviet Union, and went to Moscow State University, and attended there on a Vladimir Lenin Academic Scholarship.”

Omarova is definitely guilty of growing up in the former Soviet Union, and she did attend Moscow State University on a government scholarship after being the first student at her high school to receive a prestigious gold medal award for academic distinction. It was through Moscow State that she became an exchange student, and she chose to remain in America. Her loyalty to the Soviet Union is doubtful, for one, because Joseph Stalin killed several members of her family. She explained this in her confirmation hearing before the Senate Banking Committee.

I grew up in an all-women household, under a totalitarian regime presiding over a failing economy. My mother, a doctor at a local hospital, worked long hours, just to make ends meet. I was raised by my grandmother, a soft-spoken woman who was orphaned and barely escaped death when, in the 1920s, Stalin sent her entire family to Siberia. The crime for which my grandmother’s family was killed was that they were educated Kazakhs who did not join the Party.

That is why, to me, pursuing education and academic excellence was an act of defying political oppression and injustice. I studied hard, got into the best university I could, and was ultimately able to fulfill my dream of coming to America – the land of opportunity and freedom.

In truth, the USSR references are just a nasty effort to discredit her. Her research into regulatory matters is well-respected.

“Saule is widely regarded as one of the top financial regulatory scholars in the world,” says Jeremy Kress, an assistant professor of business law at the University of Michigan. “Whether you agree with her, or disagree with her, you can’t have a complete debate about current topics in U.S. banking law and U.S. financial regulation without taking into account what Saule has written on the topic.”

Yet, within the mighty right-wing media Wurlitzer, we see her characterized this way:

The Wall Street Journal editorial board says she hasn’t “repudiated her Soviet-era views.”

This kind of attack is nothing new. In fact, it’s kind of outdated. People who were born after the Cold War might see it as a novel approach by the right, but it’s more of a resuscitation of John Birch Society nonsense from the 1950’s and 1960’s.

The right doesn’t like Omarova because they serve the banks that she will oversee if confirmed, and the banks think she’ll be too tough.

The OCC has previously come under criticism over perceptions it’s too close to the banks it regulates. The comptroller during the Trump administration, Joseph Otting, reportedly referred to banks as his “customers.”

…Financial experts say Omarova is likely to adopt a tougher approach to banks, but many agree that her previous research has been misrepresented.

After Sen. Toomey graduated from Harvard, he took a job at Chemical Bank and pursued a career as a Wall Street trader. It’s no surprise that he’s running interference for the banking industry, but his McCarthyite approach is certainly disappointing.

It appears that Omarova will still get a confirmation vote provided that she can convince Democratic Senator Jon Tester of Montana that she’s not a radical. Tester is a key vote on the Banking Committee and is well-known for “going to bat” for small banks. He says he has concerns.

Asked if her comments [at the Nov. 18 confirmation hearing] pushed him for or against her candidacy, Tester told reporters that he is “going to synthesize what we heard.”

“I’ll probably have a statement later,” he added. “I don’t know about today, but it’ll be soon.”

It’s possible that other “moderate” Democratic senators like Mark Warner of Virginia, Joe Manchin of West Virginia and Kyrsten Sinema of Arizona could also present a roadblock, but they’ve kept mum so far.

I’d like to think the right’s smear campaign makes them more, rather than less, inclined to confirm Omarova. They wouldn’t like to reward this kind of behavior, would they? 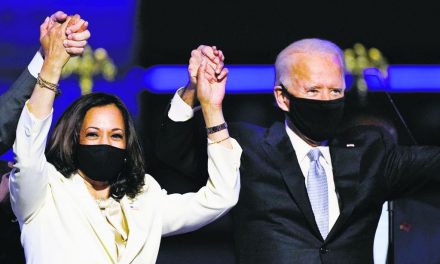