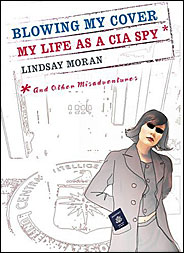 Everybody has lives that they might have led if some little detail had been different, or if they just hadn’t been lacking some critical skill.

For me, that critical skill was learning foreign language. I never could get the spoken part. I did best in dead languages, particularly Ancient Greek. But after 5 years of Spanish, even though I could read a newspaper, I couldn’t understand the soap operas on Telemundo.

My inability to catch on to foreign languages led to my aversion to studying them. And that led to me giving up on pursuing a Doctorate of Philosophy and a career in academics.

I don’t know if it started after seeing The Return of the Pink Panther or The Spy Who Loved Me but I have been fascinated with the clandestine services ever since I was a young boy.

I didn’t play with decoder rings or anything, but I read anything I could about espionage. During the Cold War spying seemed glamorous to me. And I often fantasized about being sent off to Tashkent or Cairo to glean the secrets of our enemies.

I always wanted to be a case officer, never an analyst. Of course, I figured that once I was inducted into the CIA that I would learn all our nations secrets, and the answers to every nagging question. I’d learn who killed JFK, and lord it over my friends that still were in the dark.

But I didn’t keep the kind of lifestyle that would impress the CIA, and I knew I never would be able to understand spoken Arabic.

So that dream died too.

Unlike Bob Baer, George Clooney will not be starring in a movie about my adventures and exploits in far off lands.

And I guess that’s a good thing. Amor fati as they say. After reading Lindsay Moran’s book (which I consumed in a few hours) I finally learned exactly what the training is to become a clandestine officer. And it is not for the weak-willed.

But it’s also become clear over the years that there is something fundamentally wrong-headed about our intelligence services. It’s not at all clear that they are the good guys anymore, if they ever were.

For anyone really interested in the origins of the CIA, and the building of our national security infrastructure this is a good resource.

L. Fletcher Prouty headed up the Air Force liaison office with the CIA. Technically, he was in both services, and he designed a lot of the architecture for how the CIA procured weapons from the military and handled accounting.

He later left the service and remained convinced till the day he died that JFK had been killed by a “high cabal” within the US Government, including the CIA. But conspiracy theories aside, he gives a fascinating history of the period between 1955 and 1964.

He gives a kind of a behind the scenes review of the Cuban revolution, the Gary Powers U-2 incident, the Bay of Pigs, and the Cuban missile crisis.

Prouty helped build our clandestine services, but he ended up being highly critical of what they do, and what they became. Now, with Porter Goss and John Negroponte in charge, I do not foresee any improvements.

Your iPhone may be killing people

The Republican Media Fluff and the Fluffers Who Keep It Going