It’s one thing for the White House to lobby for an awful trade deal … it is a whole new low to have taxpayer dollars being used to directly promote corporate-sponsored events, essentially eliminating the line between business and government.

David Sirota is a fellow at the Center for American Progress and is the official blogger for Working for Change.


And he’s on Al Franken’s show on Air America, usually twice a week. Maybe Al will get him on today to talk about this breaking story. 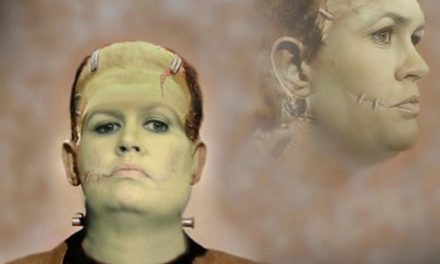 This is just one more sickening development, but nothing new. It’s called “public/private partnership”, and the fact is, it was pioneered by the Clinton administration. It’s the core of the “third way”. It’s supposed to bring the god Prosperity to our blighted land. We reap what we sow.

The first comment at Sirota’s blog is: Of course this administration is infamous for illegal or unethical use of taxpayer money to promote its agenda. It’s one thing to be sick over expenditures for policies we oppose – the Iraq debacle, tax giveaways to the wealthy, teaching of abstinence-only, etc. But this use must be challenged and the money returned, along with money not accounted for by contractors like Halliburton, and money used to hire journalists and produce sheer propaganda. The administration has it right for once: It’s our money, dammit. Keep the heat on. — So, regardless if Clinton… Read more »

I didn’t mean to suggest not opposing this. But we have to go deeper than just one incident and work to destroy the concept of “public/private partnership” (just a rebranding of Eisenhower’s Military-Industrial Complex) at its root. Get religion AND business our of OUR government. Long road ahead.

you seem despondent this morning.  What can we do to cheer you up?  Do you need a poll about pies? 😉

Maybe we need to do an entire Thanksgiving banquet for Dave.  That’ll do the trick for sure.

Our Man in Redmond
Reply to  Dean Pajevic

Author
Dean Pajevic
Reply to  Our Man in Redmond

Anything for Dave!  (And us!)  It’s difficult to find fresh turkey “out of season.”  At least around here. I got a frozen breast last month … not the best, but it fed me for a week, and my cats LOVED ME, er, the turkey.  I also gave some to Senator Boxer, the raccoon.   When I go vegan (I’m schizzy):  I’ve made Tofurky too.  Not bad.  And I mashed the potatoes with plain soy milk … also good. And we can have a long table with pies of every kind!   Oh, I’ll bring chocolate cake too … a couple… Read more »

Our Man in Redmond
Reply to  Dean Pajevic

As for the pies, they’re our big thing. My wife loves baking pies at Thanksgiving. We used to amuse ourselves by inviting people over and watching them count the pies on the table. Then we’d send a pie home with everybody (and we’d often have 20 people over).

My son owns a pizza place. He’s offered to turn the heat down and let us use it for Thanksgiving pie baking. 🙂

I think what I need is to strangle my wimpass liberal inner child and go kick some major butt.

To think that I work my ass off for 1/4 of the year to bankroll these corrupt SOB’s! I’m feeling more despondent by the second!

I am shocked, yes shocked to my very core, that this fine upstanding administration that has been more open than hitler, less corrupt than tea pot dome scandal and clearly knows where the line of demarcation for government and religion is drawn, would pander to such overt methods to get its agenda approved.  Shocked I tell you, shocked that the American people are not being informed by MSM that this corruption is taking place.  The stench from 1600 Penn Ave is overwhelming.

mike on sirotablog has already pointed out that “the invitation requests that replies be sent to the US Chamber of Commerce, and not the White House…” and i completely agree that “if the one in Washington, D.C. requests responses go to the White House, that would be real evidence of the misuse of the public funds for private gains…” without that corroboration, the headline “white house caught peddling corporate invitations” has no credibility…

Wow.  So much for assuming Sirota had it all vetted.  You taught me a lesson, Prof.  Thanks.

yer welcome… in fact, i just made it the subject of my diary on kos…