Diversion: What happened in the year of your UID#?

We won’t be able to play this game much longer, having already reached #1500 — perhaps a few days at most. I also don’t want to fall into UID higher-lower pissing contests, because those are No Fun.
By hovering my cursor over my user name I can see in the browser status bar that my UID# is 1079. (Bah! Missed a three-digit number by that much.) A handy place to start is Wikipedia, which in turn handily has a webpage devoted to the significant happenings for every year. The URL for that is en.wikipedia.org/wiki/[number], where you substitute your UID for the number. So in my case I’m going to check out http://en.wikipedia.org/wiki/1079….

So, let’s see … a couple interesting things happened in AD1079:

So … what happened in the year of your UID number? Bonus points for alternate calendar systems, e.g. Arabic or Mayan!

UPDATE: 2005-06-14, 21:08 EDT: Well, my thanks to all who played! It’s a shame a number of comments were lost due to yestereve’s glitch; I enjoyed reading twenty-some comments last night, and the few added this morning. In the future, I may begin a “This Day in History” or (if that becomes too tedious) “This Week in History” series of diaries. Just ‘coz. 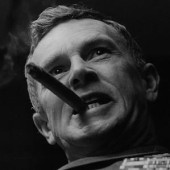 Working Together: A Preview