Cross-posted to Daily Kos and Omir the Storyteller

Ah, good morning, and welcome to the first Sunday Griot of the summer! Come, have a seat out here in the park. There’s plenty of shade, and I brought along some peaches, some pears, and some wonderful Eastern Washington bing cherries. Please, have all you want. If I eat too many of them I’ll get sick. Trust me on this one.

Did you ever wonder who planted the trees we enjoy today? The trees we get these fruits from, and whose shade we are enjoying? Perhaps it was someone like the subject of today’s story . . . The Tree Planter.

Once upon a time, but maybe not so long ago as you might think, the king was riding down the road with his entourage when he came upon an old man by the side of the road. The old man had a burlap pouch at his side, and as he walked through the field, he would take his walking-stick, burrow a hole into the ground, reach into his pouch, drop a seed into the hole, and then cover up the hole. He then moved on, planting another seed a couple of feet down the road.

The old man, hearing the clatter of hooves on the road, turned, and seeing that he was in the presence of the king, bowed low. “Your majesty,” he said simply.

The horses clattered to a stop. “Rise,” the king commanded, and the old man straightened up as best he could. “What are you doing, old man?”

“And how long will it be before your trees bear fruit?”

The old man scratched his grizzled face. “I’m not sure, your majesty. Perhaps ten years.”

“Ten years,” the king said. “Do you think it a profitable use of your time to plant trees when you will never see them bear fruit?”

The king thought this over for a moment, smiled and nodded, then spurred his horse on. The old man continued to plant as the king and his men rode off into the distance.

Word of the old man’s encounter with the king reached one of his sons, who was deeply affected by the old man’s wisdom. “Hey!” he told his own son, “get out there and help your grandpa. He’s doing this for you.”

The son refused. “I didn’t ask him to do this for me,” he said, “and if Gramps wants to plant seeds, that’s his business.”

Nevertheless the man managed to persuade his son to go help his grandfather plant. I don’t know what was involved in the persuasion, but disinheritance and a good hiding probably had something to do with it. So the grandson went out, but he was at best a reluctant assistant, planting perhaps one seed to his grandfather’s four, planting them too close together, not planting them deeply enough and in general just not doing a very good job.

About a week later the old man once again heard the clop-clop-clop of horses on the road, but this time the hoofbeats were accompanied by the rumble of the wheels of a carriage. The carriage stopped near the old man, and who should emerge from the carriage but the king’s chamberlain. “The king bids you come,” the chamberlain said. So the old man got into the carriage and the grandson, eager for any excuse to get out of the hot sun, went along.

After about an hour they came to the capital, and then continued on to the palace. At the palace the carriage stopped, the three men emerged and the chamberlain led the man and his grandson into the king’s audience chamber, giving them a brief course in palace etiquette along the way.

The three man waited at the back of the chamber while the king finished some other business. Eventually the chamberlain motioned for them to approach the Royal Presence. At the foot of the throne the old man bowed, then nudged his grandson, who clumsily followed suit.

“Ah, the old man who plants trees,” the king said. He clapped his hands twice and a pair of servant rushed off to a side room. “We have something for you in honor of your wisdom.” The servants returned carrying a long stick and a bushel box. “Approach,” he told the old man, and he presented him with a specially-made digging stick with an iron point. “We had this made for you,” the king said. “It should make it easier for you to plant your seeds.” Then the king motioned for the servant to show the man the box. Inside the box was an assortment of fruits the man had never seen before. “These were sent to us by our cousin in a land to the south,” the king explained. “We don’t know what kind of seeds they contain, but they are said to keep well and we can tell you they are quite delicious. Perhaps they will grow well here, and perhaps not; but at least if you cannot enjoy the fruit of your labor, you will enjoy some fruit while you labor.” It was a royal joke, and everyone knew to laugh appropriately.

“Thank you,” said the old man.

“Hey!” they all heard a voice say. “What about me?” The old man shushed his grandson, but the damage had already been done.

The king looked down at the young man with all the royal ice he could muster. “Yes, what about you?” he said. “Who are you?”

“I’m his grandson,” the young man said. “I help him plant his trees. Don’t I get anything?”

The king regarded the upstart for a moment, then said, “Come here. Let me take a look at your hands.”

The young man approached the king, who took the young man’s hands, looked at the backs of them, then looked at the palms, which were almost as smooth and uncalloused as any of his advisors’. “Hmmm,” the king said. He motioned to another man who had been standing almost unnoticed in the background. The king whispered something in the man’s ear. The man nodded, then motioned to two guards who stood at the king’s side. The guards dropped their halberds and grabbed the young man by the arms. The guards led the grandson, struggling and squawking, out the palace gate and into the city square, where they clapped him into a stock. The chamberlain came along soon after and placed a bushel box of fruit at the edge of the platform the stock sat on. The fruit in this box was quite a bit riper than what the old man had gotten, and the people in the square, having seen this little drama enacted many times before, knew exactly what to do.

That evening the carriage returned the old man to his home while his grandson, his face and clothes still dripping with fruit juice, had to walk behind so as not to stain the inside of the carriage. The chamberlain himself carried the old man’s box of fruit into his home, and then the carriage rumbled off into the distance.

Finally the young man, back in familiar surroundings, exploded. For about ten minutes he ranted about how unfair it was that he had had to help his grandfather and all he got for his trouble was a trip to the stocks and a face full of overripe fruit. The old man just looked down and admired the digging-stick the king had given him while his grandson ranted.

Finally the grandson stopped to catch his breath and looked at his grandfather, who hadn’t said a word during the whole thing.

The grandfather looked down at the iron tip of the digging stick, then back up at his grandson. “Well,” he said at last, “I think it’s a very good thing your father didn’t send you to help me shovel out a stable.” 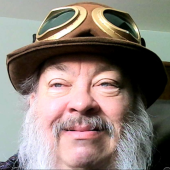 The Roots of Selective Admissions

Dems Need to Win Back the Poorly Educated

AIPAC sponsor: 81 Members US Congress to Jerusalem for Consultation