“The Clergy, by getting themselves established by law and ingrafted into the machine of government, have been a very formidable engine against the civil and religious rights of man.” — Thomas Jefferson

That engine of which Jefferson wrote is more formidable now than it has ever been in the United States. The fundamentalist religious lobbies are perhaps the most influential in the country. It is a problem we can all see. Finally, something is being done to counter it.

After a nationwide search, The Secular Coalition for America (SCA) has hired their own lobbyist to fight against the religious right’s efforts to turn the U.S. into a theocracy and the denigration of the non-religious in America. Her name is Lori Lipman Brown, and she is a former Nevada State Senator. She will be D.C.s first lobbyist focused exclusively on the rights and issues of non-religious Americans.

Follow me across the break to learn more about her and what she will be doing.
The SCA is a national 501(c)(4) lobbying organization in Washington D.C. dedicated to promoting secularism and humanism on the federal level. In talking about the need for a secular lobbyist and the importance of the timing of this move, Tim Gordinier, public policy director of the Institute for Humanist Studies, said:

The 2006 mid-term congressional elections could decide the future of chuch/state separation in the United States. We are excited to have our own lobbyist promoting a secular agenda long before the candidates start making stump speeches. This is the first step in breaking the religious right’s stronghold on cultural politics in our nation’s capital.

Lori Lipman Brown will serve as Lobbyist and Director for the SCA. Her tenure in D.C. will begin September 19, 2005 and she will not only lobby Congress, but also try to do some coalition building.

What are her credentials?

Brown knows she has a challenge ahead of herself.

I expect some members of Congress and their staffs may be wary of a secular person. For that reason, I think it will be essential that they come to know me as an ethical good person whose information they can trust. I will make sure they do.
[SNIP]
My biggest challenge will be framing … information in such a way that it will be accepted by members of Congress who are also receiving pressure from the folks at home who push for a Theocracy.

As a 501(C)4 nonprofit, the Secular Coalition for America is able to devote 100 percent of its budget to lobbying activities. However, donations to a 501(c)4 are not tax-deductible.

Information for this post comes from the Humanist Network News and secular.org. 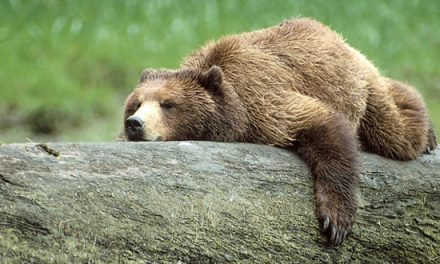 Global Climate Change – Have a look at 2100 scenarios

Thanks for the good news!  I will certainly look over the web site and consider a donation.

I have to tell you, your posts and news updates are invaluable to me.  Please continue the good work!

Great news and I hope just the beginning of people like her to counter act the incredible influence of the religious lobbyists.