Just a brief entry to give some attention to a story that will sink the GOP-ship in November.

Watched Countdown with Keith Olbermann a little while ago.  One of the segments was on the upcoming release of “Tempting Faith” by David Kuo.  I must admit to never having heard of the guy before, but what followed gave me great hope for the weeks to come.
Mr. Kuo, a previous Bush White House aide has apparently strayed from the reservation.  And he is about to publish some damning revelations on how the evangelicals and others were manipulated by the Administration.

I have tried to google for reviews of the book (with limited skills, admittedly) and found nothing but links to distributors and no reviews. Except this article on msnbc (from which the quotes in this entry come).

Kuo worked in the Office of Faith-Based Initiatives. The book seems to be a tell-all on the WH abuse of tax-money to manipulate the religious right, while being dismissive behind their backs:

“National Christian leaders received hugs and smiles in person and then were dismissed behind their backs and described as `ridiculous,’ `out of control,’ and just plain `goofy,'” Kuo writes.

And how about this:

More seriously, Kuo alleges that then-White House political affairs director Ken Mehlman knowingly participated in a scheme to use the office, and taxpayer funds, to mount ostensibly “nonpartisan” events that were, in reality, designed with the intent of mobilizing religious voters in 20 targeted races.
According to Kuo, “Ken loved the idea and gave us our marching orders.”
Among those marching orders, Kuo says, was Mehlman’s mandate to conceal the true nature of the events.

Check out the whole article.  Great fireworks coming.  I understand that Keith will have a follow-up story tomorrow.  It will be interesting, to say the least.

I think we should do whatever we can to help promote this story (and the book).  By ordering it, or rating it, or reviewing it on websites (as soon as it is out – 16 October).  Nothing like disillusioned evangelicals during election season. 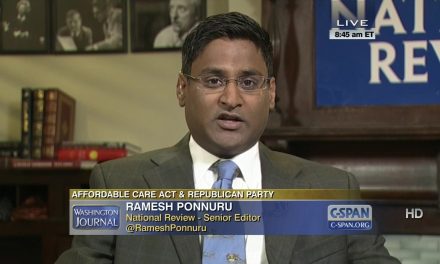 And Crooks & Liars already has the video-segment up.  Check it out.

And what happened to my poll?  It had the following alternatives:

I choose: Karl has something decisive up his sleave. I just don’t see how they can steal a 13 point lead from the democrats though, without finally raising too many suspicions. The sad part is that I even have to worry about it. 21st Century America….

I actually think we might have a few more tipping points (in our favor) coming in the next few weeks…it seems many people are ready to say goodbye to the BushCo regime.

The Olbermann segment is just brutal for them, isn’t it?

Hi ss,
We’ve known for some time that we need a solid margin going into this election.  Suppression-proof.

OT: I’ve seen some of your recent posts – you’ve got your hands full and I am thinking of you.  Be well!

Thanks
How are Curly and the kids?

Well, thanks.
My 16 yo (whom you’ve met) is not showing much rebellion (busy with many projects), so I feel I can’t give much advice to your situation (you got many great comments, though).  The young one has matured a lot over the summer – which is a relief!

Hi again, CG.
Above post was obviously intended for super..
It’s a brutal segment (just looked at it again @ C&L).

This book may be the last straw to keep the Religious Reich voters home in November to “punish” the Republicans.

And if the part where the Office of Faith-Based Initiatives rejected all grant requests from non-Christian organizations gets enough publicity, it could turn moderate Christians more firmly away from the Bush camp…

To the point that when the Republicans trot out their “it’s Clinton’s fault” mantra and gas prices are suddenly down, a lot of people are now reacting to such things very differently. They now see the former as a b.s. blame game and the latter as political manipulation.

Saw the segment & look forward to the next. Hope Kuo has a good publicist.

Unfortunately for me (according to televised excerpts) the book’s prose style is as moribund as some of those faith-based initiatives.

I’m am so happy that the people that are coming forward now have found a safe place to do so with Keith. He is now a journalist force to be listened to.

Calling all Fundies:  Wake up and smell the coffee!

It is so amazing to watch this administration totally decompose. Now, they’re most staunch support base can see them for who they are – power hungry, corrupt and insatiably greedy. Their mission has nothing to do with God & country or democracy, but a lot to do with “evil-doing” themselves.(Just like calling the kettle black) Hopefully, we’re really turning a corner. BTW-Supersoling – thanks for asking about me – I’m fine. Read your diary last week, and was going to respond, but you had already gotten such great advice from so many more experienced tribers – no need for mine.… Read more »

I am not a vengful or vindictive person, but when my tax dollars are missused in this blatant and illegal way, I want to see people in jail serving some serious time.  Boy does the potentially Dem congress have a lot on their plate to investigate and call to accountability.  I am sure there is lots more out there and they may have to take years to get it all cleaned up.

Am I the only one who thinks that the existence of, much less the book by, David Kuo does not and will not penetrate the mental process of Christycons? These folks listen to two national-stage burning bushes:  Rush Limbaugh and Pat Robertson.  The first guy will sneer and howl over the book and author, which will make the religious right laugh and congratulate themselves for thinking on the right side of their brains.  The second guy will consign the book to the devil and the author to god — hinting at the author getting his comeuppance, which will make the… Read more »