These midterm elections really are all about Iraq. It is not certain how the elections will come out, although the polling indicates that the Republicans will emerge from them with substantially less power. As far as the President goes, he is already operating in a diminished capacity. In New Jersey, Tom Kean Jr. is campaigning for Robert Menendez’s Senate seat and calling for Rumsfeld to be fired. Republican candidates all over the country are questioning the course of the war and the leadership decisions that have gotten us to this point. The intelligence community has gone on the record as saying the war is making us more susceptible to terrorism and weaker in international relations. The military has sent out their retired generals to warn against starting a shooting war in Iran.

But, still, it will be in Congress where the real changes will come. Perhaps nothing would be more helpful than winning the Senate and having Carl Levin take over the Armed Services Committee. Levin favors a phased withdrawal. It will probably happen a lot faster with Levin in charge than it would with John Warner in charge, even though Warner just returned from Iraq and warned that we need to make some changes.

In the House, should the Democrats take control, there will be a big battle between Steny Hoyer and John Murtha over the position of Majority Leader. Neither one of them is likely to question the basics of American foreign policy, only the neo-conservative details. After all, they are down there in Washington getting advice from Zbigniew Brzezinski author of The Grand Chessboard: American Primacy and Its Geostrategic Imperatives. He’s a member of the Honorary Council of Advisors for the American Turkish Council (remember Sibel Edmonds, and the Dennis Hastert bribes). He’s Chair of the American Committee for Peace in Chechnya and Chairman and originator of the American-Ukranian Advisory Committee. He’s also on the Advisory Board for the US-Azerbaijan Chamber of Commerce. Other former and current notables from the USACC? Jim Baker, Henry Kissinger, John Sununu, Dick Cheney, Brent Scowcroft, and Richard Armitage. If you think this clan isn’t all about the Central Asian oil, I got a bridge in Badgdad to sell you.

So, how much will change? That all depends. But things are not likely to change on the fundamentals. This will be a longer process of reassessing America’s role in the world and it won’t be fully embraced until the Cold Warriors are retired and a new generation of Americans takes control of our foreign polcies and relations.

For now, the power is likely to shift away from the neo-conservatives and to people like Brzezinski, Baker, and Scowcroft. That will be a marked improvement, but we have to remember that it was their policies that led to the rise of al-Qaeda in the first place. It will be a new generation of Democrats that will be the one’s to figure out how to go forward into the 21st-Century. Many of them will be elected in November. Many of them are on the ground in Iraq and Afghanistan right now.

These elections will be instrumental in repudiating the foreign policies of the Bush administration, but it will be quite some time before we get the kind of real changes that will truly make us safer.

State of the Race: Biden is Dominating 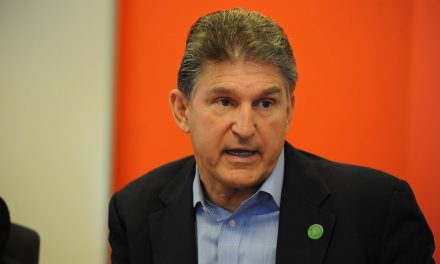