Just watch as registered Republican and Dentist, Robert Cowie, testifies against a bill before the Florida Legislature that would allow guns on college campuses. Cowie’s daughter was shot to death at frat party by a drunk 20 year old frat house member by a an AK-74 assault rifle (modeled after an AK-47). The frat house was on land leased to their fraternity by the Florida State University.

Cowie is a Naval Reservist and an expert marksman with a pistol. The Florida State Republican Senator, Greg Evers, sponsor of the bill against which Cowie testified, stated afterward that he will continue to push for passage of this bill into law allowing firearms on college campuses. 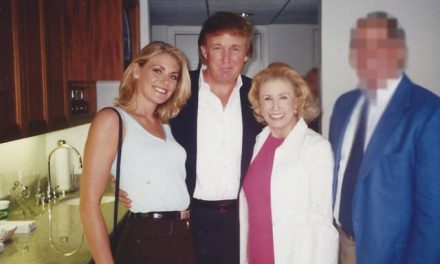 The SCOTUS is Ruining This Country

Apparently the shooter’s guns had been brandished at prior Frat parties.  No doubt a good time was had by all until …

I think these fraternities should be protected with claymore mines.

In a way it doesn’t matter all that much where guns are allowed. Location is a distraction from the need to severely limit what weapons, if any, can be legally owned or used. As long as assault weapons, or anything close to them, are legal anywhere, America will remain the murder capital of the so-called developed world. As to the murder of the college kid, and all the victims of bullets sprayed at random, the National Rifle Association is an accessory to murder and should be prosecuted as such.

Why is anyone able to get ahold of an AK-47?
I don’t mean it to be a stupid question.

Got my numbers mixed up.

Your main question is still perfectly sound.  How can it be that assault weapons are available to civilians.  It’s not like that Fratboy was hunting small game (like gators) or fighting a war.

2nd Amendment freaks should take note that the more guns in circulation, the more gun injuries and fatalities–it’s simple statistics, really.   I’m not going to talk anybody into or out of their stance, I’m sure…arguing Gun Control is like arguing Religion–there is no way to rationally argue the issue here in America

It has become commonplace in reporting on gun crimes in this country to oftentimes report weapons as being AK-47’s when, in fact, they are almost always AK-47 style weapons.  Not actual AK-47’s.  Most are semi-automatic weapons; which require the trigger be pulled each time a round is to be fired, not fully automatic like the AK-47 where it continues to fire as long as the trigger is pulled.  You can buy AK-47 style weapons which will shoot a round as small as .22 caliber.  There are AK-47 style guns which will shoot BB’s.  From a distance, they can look like… Read more »

I’m late to reply because I pulled a muscle yesterday and had pain from it, but much better now.
Thank you for the definition because if I read the media, the different between guns isn’t made plain.
When a weapon is pull the trigger each time, does the gun get hot? I have read that an automatic weapon gets very hot.
It used to be that guns like machine guns were associated with the likes of Bonnie and Clyde.
Perhaps it is the level of hatred that spurs the gun buying.

Wonder if they’ll have pay college profs extra combat pay now? does anyone really want to teach college students in a state where guns are allowed on campus? what happens after midterms when some students figure out they are failing the course but it’s a requirement for graduation?