In his statement on the Newtown, Connecticut schoolchildren massacre, the president said the following:

So our hearts are broken today — for the parents and grandparents, sisters and brothers of these little children, and for the families of the adults who were lost. Our hearts are broken for the parents of the survivors as well, for as blessed as they are to have their children home tonight, they know that their children’s innocence has been torn away from them too early, and there are no words that will ease their pain.

As a country, we have been through this too many times. Whether it’s an elementary school in Newtown, or a shopping mall in Oregon, or a temple in Wisconsin, or a movie theater in Aurora, or a street corner in Chicago — these neighborhoods are our neighborhoods, and these children are our children. And we’re going to have to come together and take meaningful action to prevent more tragedies like this, regardless of the politics.

That bolded sentence at the end? That’s a lot easier said than done, because the politics never go away. But we know one thing for certain. We cannot develop a legislative or regulatory plan to address gun violence and mass killings if Congress won’t even agree to hold hearings on the issue.

Laws concerning guns come under the jurisdiction of Congress’s two judiciary committees. The chairman of the Senate Judiciary Committee is Patrick Leahy of Vermont. He has a C Rating from the National Rifle Association, indicating, actually, that he is fairly supportive of gun rights. However, he has supported eliminating the gun show loophole and he has opposed efforts to shield gun manufacturers from lawsuits. I think we can convince Sen. Leahy to hold hearings on the massacre in Connecticut, or at least to allow one of his subcommittee chairs to do so.

In the House, there will be a new chairman of the Judiciary Committee next year. His name is Rep. Bob Goodlatte of Virginia. He is a Christian Scientist who has co-sponsored a bill that would require all future presidential candidates to submit their birth certificates for inspection. He is a big opponent of online gambling and was a key driver beyond the attempt to pass the Stop Online Piracy Act (SOPA).

I don’t know if we can convince this man to hold hearings on the Connecticut massacre, but I think we ought to try to convince him that he has a responsibility to follow through on the president’s promise that we come together to do something meaningful.

Perhaps I can get a formal petition moving on this issue. But, in the meantime, you can get started by contacting Sen. Leahy and Rep. Goodlatte and telling them how you feel about this issue.

You don’t have to tell them what conclusions to draw. Just ask them to announce hearings and to invite a good cross-section of expert witnesses and issue advocates so that we can examine possible ways to make our citizens a little more safe and secure in their homes, on their streets, and in their classrooms. 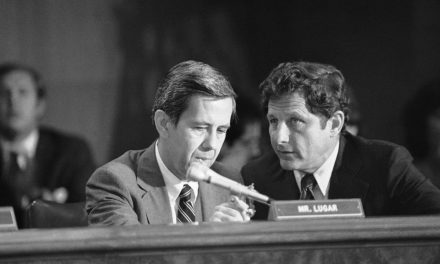