.
[Update] Richard Silverstein’s take on the event in Lebanon – Hidden-Hand Behind Beirut Bombing.

(BBC News) – At least 22 people have been killed and more than 140 injured in a double suicide bombing outside the Iranian embassy in the Lebanese capital Beirut. There are conflicting reports as to whether the Iranian cultural attache survived the attack.

Lebanese officials said the first suicide attacker was on a motorcycle, while the second was in a four-wheel drive vehicle.

A jihadist group linked to al-Qaeda said it carried out the attack. The head of the Abdullah Azzam Brigades described it as a “double martyrdom operation carried out by two heroes from the heroic Sunnis of Lebanon”.

The report has not been confirmed by any other source. According to Zuraiqat, the suicide bombing was carried out by “two heroes from the Sunni faction in Lebanon.”

The leader of the al-Qaeda affiliated Abdullah Azzam Brigades is Saleh al-Qarawi. Al-Qarawi was reportedly seriously injured by a US drone attack in Waziristan in 2012 and flown to Saudi Arabia for treatment of his injuries. He was later arrested and imprisoned. Social media attacked the Saudi Kingdom for failing to keep a commitment.  Jihadists claim that the Saudis struck a deal with al Qaeda that would lead to al Qarawi’s freedom.

Prior to his activity with the Abdallah Azzam Brigades (AAB), al-Qarawi fought against U.S. forces in Fallujah, Iraq. While there, he worked with now-deceased Abu Musab al-Zarqawi, the former head of al-Qa’ida in Iraq. Al-Qarawi is a Saudi citizen currently wanted for extradition by the Government of Saudi Arabia for participating in extremist activities abroad. He is also the subject of an Interpol Orange Notice issued on March 25, 2009, for activities related to terrorism.

Terrorist Designations of the Abdallah Azzam Brigades – May 24, 2012

AAB carried out a July 2010 attack on the Japanese-owned oil tanker M/V M.Star in the Strait of Hormuz. According to a statement released online, AAB claimed that the attack was carried out by its Arabian Peninsula Branch, which calls itself the Yusuf al-‘Uyayri Battalions of the Abdullah Azzam Brigades.

(June 2013) – Prominent online jihadists have used Twitter to discuss the fate of Saleh al Qarawi, who is reportedly being held in Saudi Arabia. Al Qarawi was a senior leader in the Abdullah Azzam Brigades, a Lebanon-based group that has claimed responsibility for rocket attacks in Israel as well as the July 28, 2010 bombing of a Japanese oil tanker in the Strait of Hormuz.

Al Qarawi reportedly suffered extensive injuries during a drone strike in Waziristan, Pakistan in 2012. His wounds were so grave, according to Asharq al Awsat, that he was forced to return to his native Saudi Arabia to receive medical treatment. Al Qarawi was one of the kingdom’s 85 most-wanted extremists when the Saudis reportedly arrested him on June 9, 2012.

More than one year later, pro-al Qaeda jihadists are agitating for al Qarawi’s release and denouncing the Saudis for supposedly reneging on an agreement not to hold him in custody.

One of these jihadists, according to BBC Monitoring, is Siyasi Mutaqa’id, “who was among the first to break the news about al Qarawi’s return to Saudi Arabia” in 2012. Mutaqa’id claims that the Saudis struck a deal with al Qaeda that would lead to al Qarawi’s freedom. In a series of tweets in late June, Mutaqa’id also claimed that al Qaeda may seek to retaliate against the Saudis for their violation of this supposed agreement.

About 600 Saudi Fighters Are in Syria

Faris Bin Hizam said many Saudis are fighting on the ranks of the Islamic State in Iraq and the Levant (ISIL) and the al-Nusra Front. But the Saudi fighters are only a small number if compared to other foreign nationalities fighting in Syria, Bin Hizam said.

He added that unlike Iraq and Afghanistan, where al-Qaeda has a strong presence, there is increased awareness amongst Saudis regarding the dangers of belonging to al-Qaeda, and a widely held belief that the Syrian revolution does not need more fighters but rather financial support.

The ISIL is al-Qaeda’s main branch in Syria, although al-Qaeda Chief Ayman al-Zawahiri recently ordered its disbanding. He said al-Qaeda in Syria is to be represented only by the al-Nusra Front.

…
The program also aired the latest images of Saleh al-Qarawi, the most-wanted man on a list of 85 terrorists, issued by the Saudi Interior Ministry in 2009. Qarawi appeared to have lost an eye, his right hand and his feet. The analyst said Qarawi sustained those injuries last month and is now in Saudi Arabia as he surrendered to the authorities to receive treatment.

Al-Qarawi served as a senior leader and operative for the Abdullah Azzam Brigades (AAB), a Lebanese militant organization and also operated in Iran and Afghanistan.

Abdullah Yusuf Azzam a.k.a. Father of Global Jihad was a highly influential Palestinian Sunni Islamic scholar and theologian, who preached in favour of both defensive jihad and offensive jihad by Muslims to help the Afghan mujahideen against the Soviet invaders. He raised funds, recruited and organised the international Islamic volunteer effort of Afghan Arabs through the 1980s, and emphasised the political ascension of Islam.

During theological studies in Egypt, Azzam met Omar Abdel-Rahman, Dr. Ayman al-Zawahiri and other followers of Sayyed Qutb, an extremely influential leader of the Egyptian Muslim Brotherhood, who had been executed by President Gamal Abdel Nasser in 1966. Azzam adopted elements of Sayyed Qutb’s ideology, including beliefs in an inevitable “clash of civilizations” between the Islamic world and non-Islamic world, and in the necessity of violent revolution against secular governments to establish an Islamic state. He is believed to have had a role in founding the Islamist Hamas movement in Palestine.

Azzam took a position as lecturer at King Abdul Aziz University in Jeddah, Saudi Arabia, where he remained until 1979. Osama bin Laden had grown up in Jeddah, and was enrolled as a student in the university there between 1976 and 1981 and he probably first made contact with Azzam at that time.

1979 became a pivotal year for Islamic movement, with three huge revolutionary events in the Muslim world. First, on 16 January 1979 the Iranian Revolution succeed in taking over the country and exiling the Shah, Mohammad Reza Pahlavi, which then brought about the world’s first modern Muslim theocracy under the rule of Ayatollah Ruhollah Khomeini. The second major attempt at Islamic revolution that year was the 20 November 1979 Grand Mosque Seizure at Mecca, in western Saudi Arabia, the holiest site in Islam. The two-week siege and bloody ending shocked the Muslim world, as hundreds were killed in the ensuing battles and executions. The event was explained as a fundamentalist dissident revolt against the Saudi regime.

On 24 November 1989, Muhammad Azzam was driving his father and brother to Friday prayers in Peshawar (Pakistan), when unknown assassins detonated a bomb as the vehicle approached; lying in a narrow street across from a gas station, the explosive had a 50 metre detonation cord which led to the sewerage system where the assailant presumably waited. Suspects in the assassination include competing Islamic militia leaders, the CIA and the Israeli Mossad. 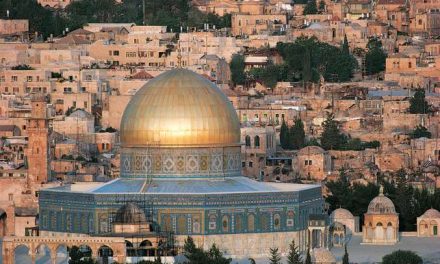 Could Saudi Arabia and Israel Draw the U.S. Into a Regional War?

. Saudi Arabia Says 41% of Wanted Militants Based in Iran – Feb. 6, 2009 (CBS News) – Saudi sources announced that 35 of the wanted suspects on the Kingdom’s most wanted militants’ list published last week were based in Iran, according to the Arab newspaper Asharq al Awsat. The sources said they received intelligence that the group based in Iran is plotting attacks against Saudi and Jordanian targets. The name of Saleh al Qar’awi, whose alias is Nejm and who had strong ties with slain al Qaeda chief in Iraq Abu Mus’ab Zarqawi, appears as one of the most… Read more »

. Nuclear Talks – Deal likely be signed despite Israel efforts (Ynet News) – Sources in Jerusalem say that though Israel voiced opposition to current outline of nuclear deal, Iran likely to sign soon. Obama says deal be achieved this week or next. Even if it takes a few more days, Iran will eventually sign an agreement with the P5+1. US President Barack Obama nonethless injected a note of caution on Tuesday, telling a Wall Street Journal forum: “We don’t know if we’ll be able to close a deal with Iran this week or next week.” He said the proposed… Read more »

. As there was just a single source for placing the responsibility on the Abdullah Azzam Brigades (AAB), I have to be a bit cautious. From which locations is the AAB launching rockets towards Israel? Would be conflicting if they were launched from Hezbollah controlled territory in South Lebanon. Sunni-Shi’ite battles may be diverting Islamic rage from Israel (JPost) – No friend of Israel, the al-Qaida-linked Abdullah Azzam Brigades decided to exert its energies instead on attacking the “near enemy” – Shi’ites in Lebanon. The group has been responsible for numerous rocket attacks against Israel. Saleh al-Qarawi founded the group… Read more »

. Rafic Hariri and his construction company rebuild Beirut after the massive destruction of the civil war and the invasion by Israel. Ownership of Lebanese telecom was competitive between two Saudi families and led to a dispute within the Saudi royal family. The assassination of Rafic Hariri remains a mystery on the dark side of the event. The Saudi Royal Bailout of Saad Hariri (Al-Akhbar) Feb. 14, 2012 – Auditors who were called in to look into Hariri’s companies – particularly construction giant Saudi Oger and its subsidiaries – had rarely seen anything like the wonders they found in the… Read more »

. April 22, 1975: Kissinger Outlines US Plans to Help Iran Achieve Nuclear Capability Secretary of State Henry Kissinger circulates National Security Decision Memorandum 292 on “US-Iran Nuclear Cooperation” outlining the administration’s negotiating strategy for the sale of nuclear energy equipment to Iran. The document states the government would permit “US material to be fabricated into fuel in Iran for use in its own reactors and for pass through to third countries with whom [the US has] agreements.” According to the document, the administration would “agree to set the fuel ceiling at the level reflecting the approximate number of nuclear… Read more »