Always handy to leak this story to discredit the US during the last phase of negotiations with Iran over the nuclear issue. No holds barred … Backlash Grows Against Bibi’s Congressional Speech on Iran and Terrorism.

Citing former intelligence officials, the newspaper reported that US and Israeli spy agencies worked together to target Imad Mughniyeh on February 12, 2008 as he left a restaurant in the Syrian capital Damascus.

He was killed instantly by a car bomb planted in a spare tire on the back of a parked car, which exploded shrapnel in a tight radius, the Post said.

The bomb, built by the United States and tested in the state of North Carolina, was triggered remotely by Mossad agents in Tel Aviv who were in communication with Central Intelligence Agency operatives on the ground in Damascus.

“The way it was set up, the US could object and call it off, but it could not execute,” a former US intelligence official told the newspaper.

A senior Hezbollah commander, Mughniyeh was suspected of masterminding the abduction of Western hostages in Lebanon in the 1980s and of the 1992 bombing of the Israeli embassy in Argentina that killed 29 people.

He was also linked to the bombing of the US marine barracks at Beirut airport in 1983, in which 241 American servicemen died, and the hijacking of TWA Flight 847 in 1985, in which a US navy diver was killed.

According the newspaper, the authority to kill required a presidential finding by George W Bush. Several senior officials, including the attorney general, the director of national intelligence and the national security advisor, would have had to sign off on the order, it added.

Was the Hariri killing a CIA/Mossad false flag operation to dislodge Syria from Lebanon? Seem more likely after all false leads and planted evidence to blame Syria and or Iran/Hebollah. How is the FBI investigation going? The crime scene was swept clear of all evidence and DNA traces. The jihad terror Prince Bandar was fired from his position late in 2005 and again in the Palace Revolution of King Salman today. 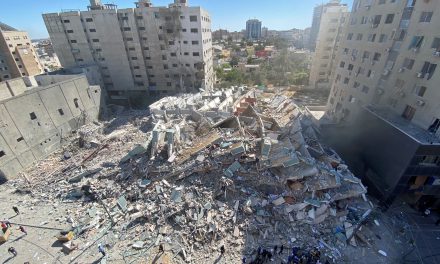 A Cease-Fire is Better for Israel Than More Fighting

Erik Prince Will Not Get His Private Afghan War