NATO Partner Turkey Bombing Kurds in Iraq and Not ISIS

Turkey is becoming more of a rogue nation with Erdogan and Davutoğlu in a role of absolute leadership. The peace talks with PKK have gone nowhere, the covert support for border-crossing goods and jihadists traveling to ISIS in Syria. Turkey had major economic ties with Kurdish Iraq before the foreign war on Syria lasted much longer than the Western allies had planned to the chagrine of sultan Erdogan.

After the gains by ISIS in Iraq, in a blitz attack they conquered and occupied Mosul and abducted 49 Turkish citizens. After months of negotiations all were released without harm. Suspected there has been an agreement between Turkey and ISIS of non-agression. With the Suruç bombing, the truce was broken and the ambiguous stance of Turkey under Erdogan’s leadership came under fire once again. More suppression by the state was the result.

Free press has been long suppressed, protests have been met with harsh measures by police and democracy of the nation has been undermined by censorship levied by the state.  Turkish media have faced over 150 gag orders in the last four years, according to Hürriyet reporter Zeynep Gürcanlı. Here are 10 of them.

Critics say President Erdogan is using the campaign against Islamic State as an excuse to crack down on Kurds.

Prime Minister Ahmet Davutoglu said that the aim was to launch a campaign against “all terrorist organisations”. Mentioning the PKK and ISIL, he said that they were all using their bases to plan attacks on Turkey. He added that the Turkish operations would “continue until their stockpile of weapons were destroyed”.

Responding to the overnight raids, the PKK said on their website that the conditions for a cease-fire no longer existed.

A representative of the PKK-affiliated HDP party in Turkey Shilan Eminoglu said that, “The Kurdish nation held itself and didn’t get involved in any fighting. But after all of that, today, we see that they are bombing our civilians and they put young people in jail from Istanbul to Julemerg for political reasons.”

Turkey Targets IS in Syria, PKK in Iraq | VOA News |

What was at first announced as a new Turkish turn toward attacks on Daesh (ISIS, ISIL) on Friday has quickly become largely  a campaign against Kurds instead. It is being alleged that the Turkish Air Force launched dozens of strikes against bases of the Kurdistan Workers Party over the border in Iraq on Saturday, and just 4 against Daesh positions in Syria.

Early on Sunday Turkish police in the capital of Ankara  dispersed hundreds of Kurdish activists who gathered to protest the bombardments, and arrested 25. the headlines say something about the protesters not wanting the campaign against Daesh, but these were mostly Kurds and they weren’t demonstrating in favor of the beheaders. Turkey’s twin campaign has a propaganda element that the press is sometimes falling for.

Some 550 persons have been detained by Turkish police, including a prominent Salafi preacher suspected of ties to Daesh/ ISIL. But Kurdish activists maintain that a large number of the arrestees are not Daesh at all but just Kurdish Turks. In other words, the AKP government is taking advantage of its alleged turn against Daesh actually to crack down on the Kurds instead.

Turkey has blocked a number of Kurdish and left-wing news websites while many users also experienced difficulty accessing Twitter and Facebook for an unspecified reason on July 25 as Turkish fighter jets continued to bomb the outlawed Kurdistan Workers’ Party (PKK) in northern Iraq.

The decision imposed early July 25 by Turkey’s Telecommunications Directorate (TİB), a government-controlled Internet watchdog, targeted news websites based not only in Turkey, but also in northern Iraq.

The blocked websites include Rudaw, BasNews, DİHA, ANHA, daily Özgür Gündem, Yüksekova Haber, Sendika.Org and RojNews. When trying to access one of the websites, a user from Turkey can only see a message that the TİB blocked it due to “administrative measures.”

The censorship was decried by the sites. “The censorship against the free press is an attack against the people’s right to news by a fascist government that has stooped to launching a war and exploding bombs, all with the goal of staying in power. It is not simply a question of obstructing access to a few oppositional news sites; it is an attempt to obstruct access to democracy,” Sendika.Org said in a statement July 25.

“We are not the dregs that work according to the dollar. We take orders from our conscience, not the telephone,” daily Özgür Gündem said in a statement on July 26, in reference then-PM Recep Tayyip Erdoğan’s interference in news channels’ reports. “We will not abandon our promises, and we will not sell our pens. Don’t even dare trying to frighten us.”

A prominent Turkish journalist has been sacked over a social media post on the grounds that he anonymously criticized Turkish President Recep Tayyip Erdoğan over the July 20 Suruç bombing.

Kadri Gürsel, a columnist for daily Milliyet, shared a post on his Twitter account in which he anonymously referred to President Erdoğan and criticized foreign leaders’ phone calls after the deadly Suruç bombing, which claimed at least 32 lives in Turkey’s southeast.

“It is shameful that foreign leaders call and console the person who is the number one cause of the Islamic State of Iraq and the Levant [ISIL] terror in Turkey,” Gürsel tweeted.

…
Turkey’s press freedom record has come under fire in recent years with scores of journalists jailed, fired or harassed over their reporting. A Republican People’s Party (CHP) report revealed on July 22 the plight of culture and arts in Turkey, noting 65 cases of pressure, bans and censorship in the first half of 2015 alone.

“We have asked our ambassador in Turkey to draw the attention of the Turkish authorities to the fact that we do not want a Muslim nation such as Turkey to help directly or indirectly terrorism in Libya by facilitating the movements of terrorists.”

Baccouche’s accusation came just two weeks after a terrorist cell loyal to the Islamic State in Iraq and the Levant (ISIL) claimed responsibility for a deadly attack on tourists at Tunisia’s Bardo National Museum. The Tunisian foreign minister said that Turkey was a “passage point” for fighters who wanted to cross into Syria and for those who travel to Libya and then infiltrate across the porous border into Tunisia. Tunisia has said that the two gunmen who killed 22 foreign tourists and a police officer at the Bardo on March 18 had been trained in the use of weapons in Libya, where ISIL has gained a foothold recently.

About 3,000 of Tunisians are fighting for terrorist groups in Syria, Iraq and Libya, according to Tunisia.

Last month, Libya’s internationally recognized prime minister, Abdullah al-Thani, also criticized Turkey in an interview with the Asharq al-Awsat daily, saying that “what is coming from Turkey has a negative impact on the security and stability of Libya.”

Gunman killed 38 tourists in Sousse –  Seifeddine Rezgui was trained in Isis base in Sabratha, Libya 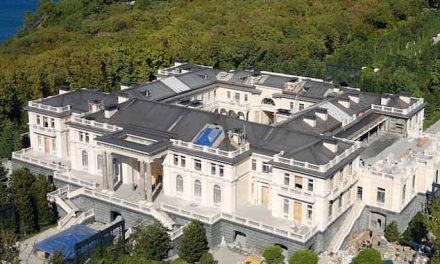 How Popular Are Your Senators?

The War At Booman Tribune Between the Kneejerk Neocentrists and the Thinkers.

US deal with Turkey over ISIS may go beyond simple use of an airbase | The Guardian | In what may prove a turning point in the fight against Islamic State (ISIS), Turkey has struck a military and security cooperation pact with the US that could greatly enhance the effectiveness of coalition air strikes. But what US officials describe as a game-changing deal also comes with a potentially high price tag: the escalating spillover of the Syria-Iraq conflict into neighbouring Middle East countries. In cutting the deal, Barack Obama chose his moment well. For months, negotiations between Washington and Ankara… Read more »

Turkey Lauches War On Islamic State’s Worst Enemies – The Kurds | M of A | Last year secret audio tapes leaked of conversations between the Turkish prime minister and the head if the Turkish secret service. They planned a false flag attack against Turkish targets as a pretext to invade Syria. The PKK assumption that Turkey colluded with the Islamic State to attack Kurds in Turkey is thereby quite plausible. The claimed “intelligence failure” that allowed the attack seems to be a mere smoke screen. The attack gives Turkey a public relation talking point that it is fighting the… Read more »

Turkey’s War On Kurds Realigns Syrian Kurds With Their Government | M of A | Last weeks suicide attack on a meeting of young, mostly Kurdish socialists attributed to the Islamic State was probably a false flag operation initiated by Erdogan’s secret service. I discussed the possibility of such an attack a month ago: The Turkish Military Rejects Erdogan’s War Plans – ‘False Flag’ Needed? The attack on the Kurds was then used to justify an operation against the Islamic State. But that operation is only pretended. That Erdogan’s claim of attacking the Islamic State is only theater and that… Read more »