Most of the 47 executed were convicted of Al Qaeda attacks in Saudi Arabia a decade ago, but four, including prominent cleric Nimr al-Nimr, were Shia Muslims accused of shooting policemen during anti-government protests in recent years.

The executions took place in 12 cities in Saudi Arabia, four prisons using firing squads and the others beheading. The bodies were then hanged from gibbets in the most severe form of punishment available in the kingdom’s Sharia Islamic law.

Riyadh’s main regional rival Iran immediately reacted with vigorous condemnation of the execution of Nimr, and Saudi police raised security in a province where the Shias are a majority in case of protests, residents said.

The simultaneous execution of 47 people on security grounds was the biggest mass execution for such offences in Saudi Arabia since the 1980 killing of 63 extremist rebels who seized Mecca’s Grand Mosque in 1979.

…
A top Iranian cleric warned the kingdom’s Al Saud ruling family would be “wiped from the pages of history”, Yemen’s Houthi group described Nimr as a “holy warrior” and Lebanese militia Hezbollah said Riyadh had made “a grave mistake.”

The Iranian government and religious leaders across the Middle East have condemned Saudi Arabia’s execution of a prominent Shia cleric and warned of repercussions that could bring down the country’s royal family.

In a serious escalation of religious and diplomatic tensions in the region, councils and clerics in Iran, Yemen and Lebanon said the killing of Sheikh Nimr al-Nimr would prompt widespread anger.

Shiites call for the downfall of the House of Saud

“The execution of Sheikh al-Nimr is a service to Daesh, which is betting on expanding by igniting sectarian wars,” said Humam Hamoudi, a prominent Shia politician and member of the powerful Islamic Supreme Council of Iraq (ISCI) party.

Shia Muslims chant ‘down with Al Saud’ as they protest execution

Scores of Shia Muslims marched through the Qatif district of Saudi Arabia’s eastern province on Saturday in protest at the execution of cleric Nimr al-Nimr, an eyewitness said.

He was one of four members of Saudi Arabia’s minority sect were executed alongside 43 Sunni jihadists.

The protesters chanted “down with the Al Saud”, the name of the ruling Saudi royal family, as they marched from Nimr’s home village of al-Awamiya to the region’s main town of Qatif, the only district in Saudi Arabia where Shia’s are a majority.

Similar protests broke out in Bahrain, where tear gas was fired at protesters.

Two of the executed were teenagers when arrested, say Reprieve

Saudi Arabia is set to behead a man and publicly display his headless body (a practice called “crucifixion” in Saudi law) — for nothing more than speaking his mind. Sheikh Nimr Baqir al-Nimr, an internationally respected Shia cleric, was sentenced to death for “disobeying the ruler,” “inciting sectarian strife,” and “encouraging, leading and participating in demonstrations.” His actual crime: participating in nonviolent protests and calling for the fall of the house of Saud.

It’s not clear when the Saudis plan on executing al-Nimr: the country has a habit of both postponing executions and carrying them out without very much warning. But the case illustrates a basic fact about one of America’s closest allies in the Middle East: its system of capital punishment is one of the cruelest on earth. 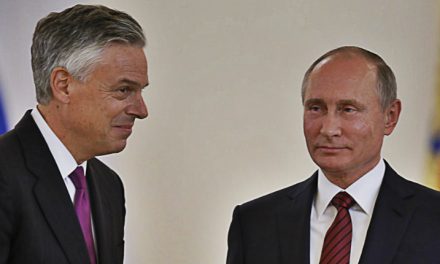 Here’s the backstory behind "Russiagate" the MSM won’t tell you.