I promised I would post up to four more diary entries covering the winners of the News and Documentary Emmy Awards.  To introduce today’s installment, here is the paragraph I wrote about the nomination for today’s winner in ‘Body Team 12’ and ‘Extremis’ both nominated for Outstanding Short Documentary plus other science, health, and environment nominees on my personal blog.

The Rachel Maddow Show’s “An American Disaster: The Crisis in Flint” from MSNBC makes for a perfect transition from health to the environment with dashes of politics and crime to spice it up.  It is nominated for Outstanding News Discussion & Analysis along with three other MSNBC news segments, which collectively account for four of MSNBC’s five nominations, the fifth being Rachel Maddow’s interview of Kellyanne Conway.  Analysis and interviews are the two things MSNBC does well.  I’ve written a lot about the Flint Water Crisis, but nothing since April.  A trial of at least one of the officials responsible is going on now, so I should probably cover that.

Watch Katy Tur present the award to her colleagues at MSNBC for Outstanding News Discussion & Analysis.

It’s time for a look at the awarded show.  First, here is the promotional segment on the Andrea Mitchell Show to introduce the town hall.

The contamination of the water supply in Flint, Michigan has sparked outrage across the country. MSNBC’s Rachel Maddow is holding a town hall Wednesday night to discuss this problem. She joins Andrea Mitchell on MSNBC.

Next, Who’s Really At Fault For Flint Water Crisis?

Rachel Maddow and panel discuss the contributing factors that led to Flint, Michigan’s water crisis, and what state and federal authorities must do to help the city’s residents.

Yes, the lead in the water is the immediate cause of damage, but the ultimate cause is the Emergency Manager Law and the attitude to local government in Michigan’s poorer communities that it represents.

NBC News’ Stephanie Gosk reports on how lead poisoning has taken a catastrophic toll on Flint, Michigan’s children. Plus: Rachel Maddow and panel discuss the dearth of resources in Flint for the city’s children, and how to solve that problem.

I should have posted this last year.  Better late than never.

The Rachel Maddow Show also won Outstanding Live Interview for interviewing Kellyanne Conway.  Congratulations to Rachel and her crew for winning both awards.  Keep up the great work!

Sean Hannity is a Scared Idiot 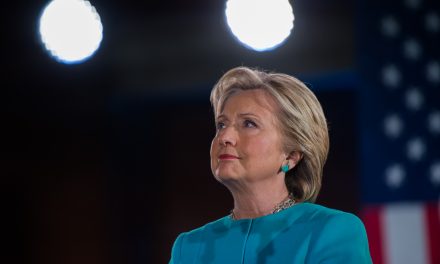 Did Sexism Play a Role in the Media’s Coverage of Biden and Clinton “Scandals?”