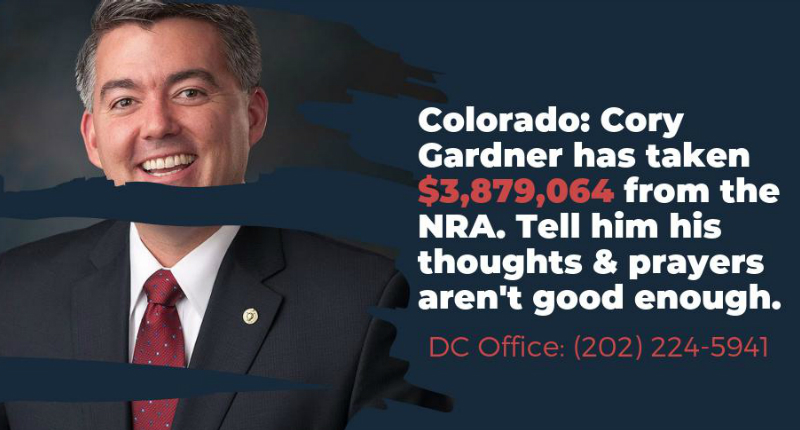 I have a hobby to confess. I love –LOVE– trolling Republican senators and congressmen on Twitter. For example, I follow House Minority Leader Kevin McCarthy, and whenever he rails against entirely fictitious Democrats who hate Israel, I post a since-deleted-but-screencapped tweet in which he fundraises off of George Soros. 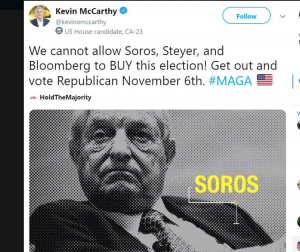 Kevin McCarthy (R-CA) isn’t an anti-Semite, he just traffics in anti-Semitism as a fundraising strategy.

I do the same with my Senator, Lamar Alexander, who today was tweeting about civil rights in a thread that seems to have been deleted. And no wonder: of the few responses, most were like mine. The majority of his respondents pointed out that his party gutted the Voting Rights Act, that their entire electoral strategy is predicated on disenfranchising black and minority voters, and that in his home state of Tennessee his party has passed laws criminalizing registering voters in an effort to suppress the black vote. What the heck did Alexander expect?

Alexander’s tweets about “fixing” health care and celebrating teachers go over about as well. Like every other single Republican he’s voted dozens of times to repeal the Affordable Care Act and has a long record of voting against public education. And yet he goes on Twitter and says things like this…

The @USCBO says the Democrats’ “Medicare for All” scheme would cause 181 million Americans to lose their employer sponsored health insurance. pic.twitter.com/273YODvVoo

Alexander seems oblivious to the fact that his record is easy to find. I mean, he brags about it on his website at the link above!

Also today, Cory Gardner –a man who is owned lock, stock, and barrel by the NRA– tweeted out his thoughts and prayers for the victims of the latest school shooting in his state.

I am closely monitoring the situation at the STEM School in Highlands Ranch. My prayers are with the students, parents and faculty members and I’m grateful to the first responders working to keep everyone safe.

The reactions were equally predictable. You don’t have to even read them, just look at that ratio of responses to retweets. Gardner’s official statement fared even worse, if you can imagine it: 1100 replies, most of them unfriendly. Meanwhile only 68 people retweeted his nonsense, and I’d be willing to bet most of them came with comments like “who does this asshole think he is.”

Republicans, whether they like or not, have become the party that wants to take away your health care, that doesn’t care about your kid’s education, and that doesn’t give a shit if your kid gets shot. But they desperately don’t want to be KNOWN that way because, outside of their consultants and the lunatic base they’ve cultivated, the GOP’s stance on major issues is actually pretty unpopular. As a result, they lead double lives which, if you think about it, might explain why so many gay-bashing Republicans have been outed as gay themselves.

So to recap. Lamar Alexander wants you to believe he has a plan for health care, and although nobody believes him, not even himself, he keeps saying it despite being assailed with insults.

And Cory Gardner wants you to know he feels bad your only daughter is dead, the one you tried to conceive for 5 years with no success, even though no one really believes that either, and if he does, your dead kid is still secondary to the NRA. And yet he keeps saying is, despite people hurling invective at him for lying.

And Kevin McCarthy wants you to know it’s the DEMOCRATS who hate Jews, and keeps saying it even as Jewish Democrats tell him to go bury his head in the dirt and grow like an onion. And so on and so forth.

I wonder if late at night, when they wake up with the same existential panic we all face sometimes, they realize just how ridiculous they look and how shameful they really are.

Making Myself Angry For No Good Reason

No, they don’t know, nor care ‘how ridiculous they look’. And they control the senate, and thusly control the SCOTUS.

Why should they care?

When Alexander tweets his fictions on health care, he knows they are lies but his goal is to fool as many as he can in order to put in place unpopular GOP policies focused on taking health care away from people. In this case, and in the case of Gardner’s whoring for the NRA, we’re talking about life and death, literally. Why do they keep doing it? Its the throw shit against the wall and hope some sticks strategy. They know its ridiculous but they know some of it will stick and unfortunately up to now enough usually does to… Read more »