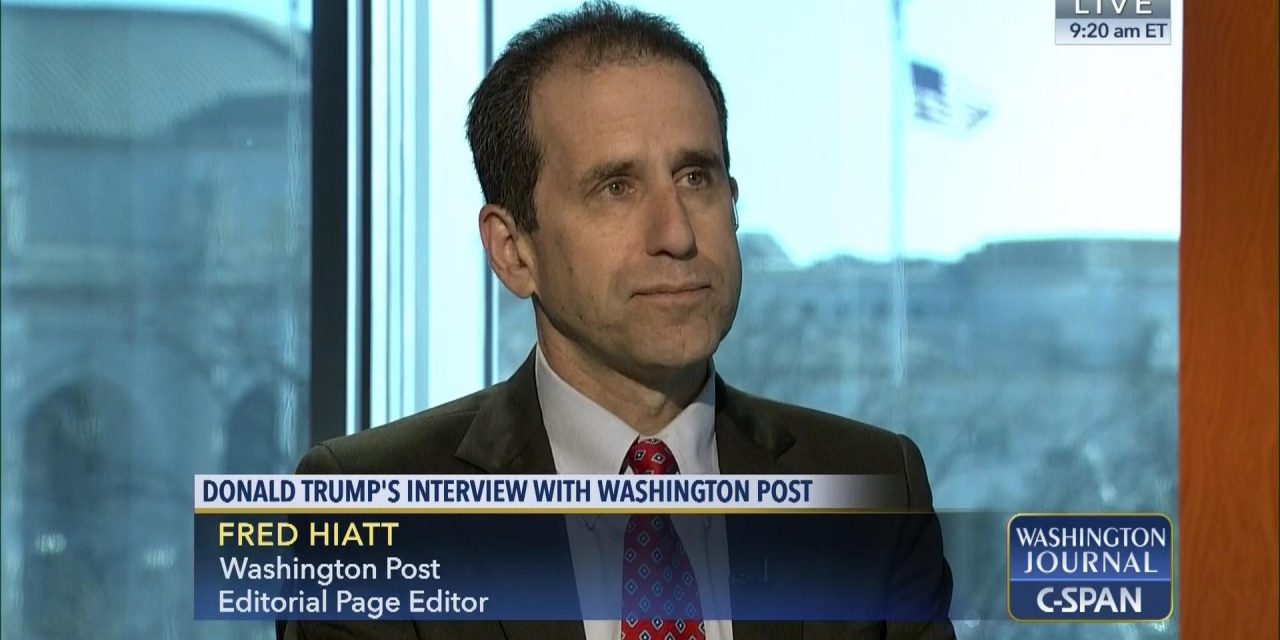 With some caveats to account for further noncompliance with congressional subpoenas, Washington Post editorial page editor Fred Hiatt urges the Democrats against impeaching President Trump. His basic argument is horribly flawed, which is a shame because it’s possible to actually make a compelling case against going forward with an impeachment inquiry.

Hiatt tells us that Trump should not be impeached simply for being who he is and who we all knew he was when we went to the polls in November 2016.  He identifies five primary reasons why Trump could be thrown out of office and then explains why they’re insufficient. Here’s the one he considers the best rationale for removal:

The strongest argument for impeachment may be that Trump is unfit for office. He lies; he divides; he flouts constitutional norms, embraces dictators and spews hateful rhetoric. He is ignorant and impetuous, temperamentally and philosophically unfit.

All true. In fact, our editorial board said as much when he was nominated in 2016. “Uniquely unqualified to serve as president,” we wrote. “A Trump presidency would be dangerous for the nation and the world.”

I think we’ve been proved right. But that is precisely the point: We thought his unfitness was evident before he was elected, and Americans chose him anyway.

It’s somewhat silly to say that the people didn’t agree with the Washington Post in 2016 so the Post feels duty-bound to stop trying to convince the people in 2019. But Hiatt goes further and suggests that everyone knew the facts about Trump when they voted for him which, if true, would have made it unnecessary for the Post to continue to report on his bad behavior. If true, there would be no point in anyone reading the Mueller report.

To impeach him now for what the electorate welcomed or was willing to overlook isn’t the democratic response. The right response is to defeat him in 2020.

The second reason Hiatt feels that Trump might merit impeachment is that he “benefited from foreign interference in the 2016 election.” Supposedly, everyone knew the extent of this on Election Day, too.

But, again, the broad outlines were known before the election — he invited Russia’s help, he crowed about WikiLeaks’ publication of stolen Democratic emails — and, again, he was elected anyway.

Yet, that is not even close to true. On October 31, 2016, the New York Times ran an article with the following headline:

No one knew about the now infamous Trump Tower meeting or the efforts to build a Trump Tower in Moscow. No one knew about Paul Manafort sharing polling data with a suspected GRU intelligence officer or his offering to give private briefings to Oleg Deripaska in return for debt relief. It’s simply untrue that the American people understood the depth of these connections, and that’s leaving aside everything that was done after the voting as if it were not actually more important than anything that happened during the campaign.

When Hiatt turns to Trump’s actual performance in office, he sounds like a defense lawyer.

What about his refusal since the election to admit the obvious truth about Russian assistance or to defend the nation against future attack? What about his cozying up to the chief perpetrator, Russian President Vladimir Putin?

But before impeaching on this ground you would also have to consider his administration’s policy. U.S. Cyber Command has been staffed up, and a warning cyber operation was launched against Russia before the 2018 midterms. Sanctions imposed for Russia’s occupation of part of Ukraine remain in place, and Ukraine was provided with defensive weapons. Not enough has been done, but the government hasn’t been inert, either.

This argument is almost beneath contempt. The Trump administration has occasionally acknowledged that Russia intervened in the election and hacked into election databases, but they haven’t done so consistently and they have been widely criticized for their inaction. Here’s a CNN piece from April that talks about the Department of Homeland Security’s efforts to protect the 2020 elections from foreign interference:

Attempted Russian interference in US public affairs has continued as Department of Homeland Security officials and senior leaders have alerted the White House about the risks ahead of the 2020 presidential election — but it was “like pulling teeth” to get the White House to pay attention, a US government official told CNN Wednesday.

One reason for the difficulty, according to the official, is that “in general, senior White House staff felt it wasn’t a good idea to bring up issues related to Russia in front of the President.”

Officials have “spent months and months trying to sound alarm at the White House about the need to take foreign interference more seriously and elevate the issue,” the official said…

This is somehow mitigated according to Hiatt by the fact that the president has been unable to find a way to lift sanctions on Russia and has acceded to some weapons transfers to Ukraine. If Hiatt read his own newspaper, he would know Trump has said, “the people of Crimea, from what I’ve heard, would rather be with Russia than where they were.” He’d know that Trump explained to a G7 dinner in 2018 that “Ukraine is one of the most corrupt countries in the world” and that Crimea rightfully belongs to Russia because everyone who lives there speaks Russian. Then he left the meeting and told the world that Russia should be readmitted to the G7 so it could become the G8 again.

Hiatt goes on to excuse Trump’s efforts to obstruct Mueller’s probe by arguing that some of his more egregious acts were never carried out and that Trump could certainly have obstructed more but refrained from doing so.

Finally, Hiatt says that Congress could have done more to curtail Trump’s abuses of power but didn’t use all their powers to restrain him. Therefore, Congress has forfeited the right to hold him accountable for breaking laws, selling weapons to dictators and committing crimes against humanity at the border.

And Congress should think very hard before impeaching Trump for the high crime of being who we knew he was before we elected him.

This makes no moral or logical sense at all. Could we impeach a president for ordering an unprovoked nuclear strike if the order was not carried out? Is the only way for Congress to fight back against a rogue president to starve the government of funding and attempt to override vetoes? And can a president only be impeached for things we knew about him before his election, even when we didn’t know most of the really damning things about him until after he assumed the office?

Hiatt should take a few moments and read Greg Sargent’s research on public opinion during the Watergate scandal. It’s published in the Washington Post too, and that’s a newspaper that really ought to have some institutional memory about Richard Nixon’s demise. What Sargent found is that even days before Nixon resigned, only 31 percent of Republican voters thought he should be impeached. But that was up from six percent before the impeachment inquiry began. What changed even more was the opinion of independents that went from 18 percent to 55 percent.

In other words, you don’t judge a book before you open the cover. Trump should be impeached for the all the reasons that Hiatt identified and then dismissed. 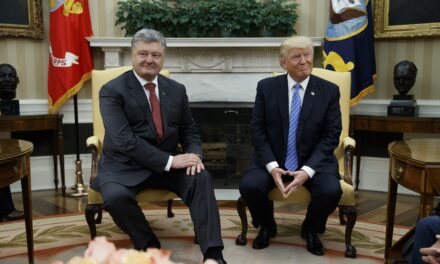 This is the part where we "Do justice"