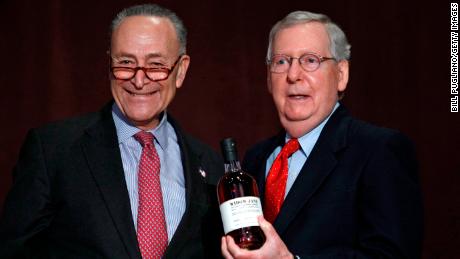 DEMOCRATIC SENATORS: The president’s approval numbers are historically low and a majority are glad he was impeached and think he should be removed from office, so why are you protecting him?

REPUBLICAN SENATORS: You know who is really unpopular with the American people? Congress. We’ve never been very popular aside from a brief moment after 9/11, but currently only 24 percent of the electorate approves of our job performance and 72 percent think we’re as useless as tits on a bull. President Trump is almost twice as popular as we are, and this is even more true with our base. They give him an 89 percent approval rating.

DEMOCRATIC SENATORS: Well, you should still provide a fair trial. It’s what the people want.  Fifty-four percent want the Senate to call more witnesses and only 27 percent support your position of providing a sham process.

REPUBLICAN SENATORS: You’ve got to understand that it doesn’t make sense for us to help make the case against the president. We tried in 2016 to prevent him from winning the nomination; only Jeff Sessions supported him. Our voters are going to pick him again no matter what we do, and we don’t want to go cheer him at the convention after having voted to convict and remove him from office.

DEMOCRATIC SENATORS: You don’t want to cheer him at the convention regardless, and if you vote to convict him he will be barred from holding or enjoying “any Office of honor, Trust or Profit under the United States.” He’d be ineligible to win your party’s nomination.

REPUBLICAN SENATORS: That’s only if twenty of us vote to remove him from office and we don’t trust our colleagues to do the right thing. There’s no way we’re going to vote to convict our nominee and then see him acquitted anyway. How would we be able to attend the convention then and cheer?

DEMOCRATIC SENATORS: This seems defeatist and cowardly. Wouldn’t you much rather have a nominee you actually think should be president? But, in any case, you have to take a special oath before the trial to do “impartial justice according to the Constitution and laws.” How can you take that oath if you if you’ve already made up your mind that you are going to acquit him?

REPUBLICAN SENATORS: Taking oaths seriously is something a European would do. Impeachment is a political process and we know the political outcome we want.

DEMOCRATIC SENATORS: If these witnesses had anything exculpatory to say, the White House would welcome their testimony and the production of the documents that would aid in Trump’s defense. Wouldn’t that help you get the outcome you want along with needed political cover?

REPUBLICAN SENATORS: That’s pretty funny. We both know that the president did everything he is accused of doing. Our voters still like him and hate us.

DEMOCRATIC SENATORS: Then why do you even want to be senators if you have to eat this amount of shit every day in order to stay in office?

REPUBLICAN SENATORS: Because we hate you even more than we hate the president, and we don’t want you to be in control.

DEMOCRATIC SENATORS: But couldn’t some other Republican serve as a rubber stamp enabler of this criminal president? Don’t you care about your legacy?

REPUBLICAN SENATORS: We don’t want the Trumpists to take over the party.

DEMOCRATIC SENATORS: How would we know the difference? 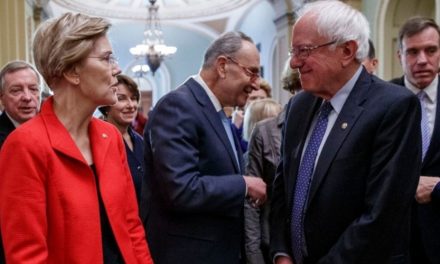 Are You Tired of the Warren vs. Sanders Wankfest? 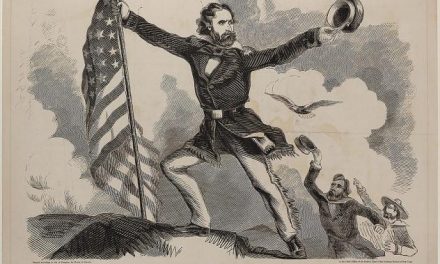 I really needed to see these two dingbats. Thanks for that.