Ask yourself a simple question. McLennan County, Texas, grew by an estimated 15,000 people between 2012 and 2018, “with more than two-thirds of that growth coming from Black and Latinx residents.” It’s the home of Waco and Baylor University.

Considering that population boom, why do you think the state closed 44 percent of the county’s polling places in that same time period?

The answer is obvious. Fewer polling places means longer travel times for voters and longer lines once they get there. This means fewer people in McLennan County will decide to go the polls and that more of them will grow impatient with the wait and leave without casting a ballot. It’s targeted voter suppression.

Overall, this is a very conservative part of the country, but with a large student population and growing number of blacks and Latinx voters, the Republican Party does not want high turnout in McLennan County.

The Guardian has investigated poll closures in Texas, and they’ve found a clear pattern:

Some counties closed enough polling locations to violate Texas state law. Brazoria county, south of Houston, closed almost 60% of its polling locations between 2012 and 2018, causing it to fall below the statutory minimum, along with another county. In a statement, Brazoria county clerk Joyce Hudman said the closures were inadvertent, and that this would not happen again in 2020.

A Guardian analysis based on that report confirms what many activists have suspected: the places where the black and Latinx population is growing by the largest numbers have experienced the vast majority of the state’s poll site closures.

This is absolutely not an accident. I’d like to believe that even most Republicans don’t think this is a defensible practice, but I think that’s probably untrue. The country is so polarized that Republicans tend to justify anything they think will help them win. The initial defense is to argue that these things aren’t happening, but if the reality of this kind of targeted voter suppression is granted, the available defenses are extremely limited and obviously racist. What can you really say?

Those who are willing to articulate a defense are forced to explain things either in terms of raw undemocratic power (“if it helps us win, I’m for it”) or by blaming the victims (“if they can’t even wait in line, then they’re not very committed to voting.”) A third option is to raise questions about the genetic fitness of minorities (“why should uneducated and uninformed people vote in the first place?”).

The idea that every citizen is inherently equal and that they have the right to vote is totally lost. Similar arguments are used to justify other targeted voter suppression efforts like photo ID requirements, felon lists, and voter roll purges.

And, remember, these tactics only come into play because more traditional methods are failing. The most familiar is gerrymandering, where districts are drawn to be uncompetitive. Politicians effectively choose their voters rather than having the voters choose them. When you add this to all the other advantages of incumbency, it’s no wonder that most Republicans are more worried about a primary from their right than a general election challenge from their left.

Democratic incumbents also benefit from gerrymandering, but as a whole the party is supportive of redistricting reform. They do not engage is systemic efforts to selectively discourage Republican voters from participating in our elections. It’s simply not true that the party would behave like Republicans if the shoe were on the other foot, and the proof is that there’s any effort to figure out ways to selectively target the Republican vote in places where that would benefit the Democrats.

A healthy party would respond to changing public opinion by evolving to meet the needs and desires of their constituents, but conservatives do not want to adjust so they spend more time figuring out how to keep people from voting than in learning how to better represent them.

I think if more people understood this, it would carry a heavier cost and hasten the point in time when the GOP has to give up on the conservative revolution and moderate their views. 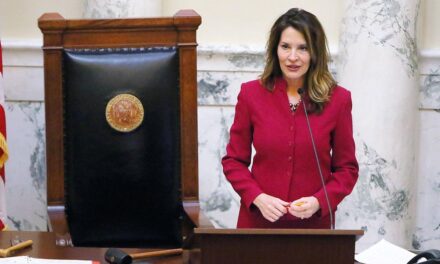 Idaho is Crazy for a Reason 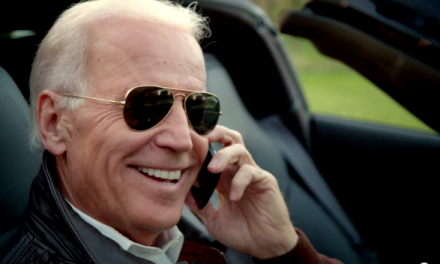