I was on my way to the grocery when I learned that Nancy Smash released a statement in advance of the Democrats’ third COVID-19 response bill as Mitch McConnell’s second effort to funnel money to himself and his friends (“What friends? Even his dog hates him.”) went down in spectacular fashion.

It’s full of good stuff: no stock buyback, layoffs, or CEO bonuses; unemployment for those of us laid off; money for our first responders, doctors, and nurses; direct payments to families, guaranteed paid family and medical leave for more workers; free coronavirus treatment, and more. And it makes sure that even if we are still in quarantine thanks to the sheer incompetence and malevolence of the Republican Death Cult and their God King, there will be “billions in grant funding for states through the Election Assistance Commission and a national requirement for both 15 days of early voting and no-excuse absentee vote-by-mail, including mailing a ballot to all registered voters in an emergency.” Go read the whole thing.

I like to joke that I’m not particularly smart, but I have smart friends. So if I may pat myself on the back a little bit, I called this last week. While the pundits were declaring Pelosi was outflanked by the GOP, that the Democrats screwed up, that Pelosi was not only “a total failure”, but grotesque as well, I had a very different take.

I should say at the outset that I have largely stopped reading the kind of “analysis” that’s being offered at the linked outlets, and it has REALLY cleared my head. Common Dreams is especially bad (and my former employers should be ashamed for syndicating their garbage to a wider audience), but it’s always the same refrain no matter who you read: doom and gloom, the Democrats are selling us out, I don’t understand. Yeah, no shit you don’t understand, which is shameful because that’s what you get paid to do.

But while I may not be particularly smart, I’ve been around the block a few times. In the entire 15 years or so I’ve been writing about progressive politics, Nancy Pelosi has been a towering, omnipresent figure. I have watched her run circles around every Republican she’s ever dealt with. I watched John Boehner, and then Paul Ryan, go crawling to her on hands and knees for her to bail out their various budget failures, and more than once. I’ve seen Pelosi pilloried by the pundits time and time again, only to watch the more honest among them eat their words. You’d think they’d learn by now.

As I have said, I am not an expert and I am not particularly smart, but Pelosi’s refusal to approve cash payments sure looks like a smart tactic now. Pelosi isn’t stupid: she knows the Republicans are foundering and desperate to do anything that makes them look less awful. But she also knows they are greedy, corrupt, and none too bright. So she allowed Mitch to make a big show of how he was going to give people money, betting that he would do exactly what he did: try to pass a bill that doesn’t do shit for working people.

All of this, by the way, is taking place in the context of a Republican president who’s scaring the shit out of more of America every blessed day, while the bodies keep piling up like cordwood, the stock market keeps making like the RMS Titanic on steroids, at least two Republicans got popped profiting off the pandemic, and the bill contained what could charitably be described as slush fund.

I guess Mitch thought he ram his piece of crap home, but with the Republican-controlled Senate—limping along from a self-inflicted wound ( that is, the cornavirus they have been saying is a hoax for months), the Democrats voted en masse against it. But even if they didn’t it would still have to pass the House, where Congress would almost certainly take that door Mitch and the GOP explicitly opened to cash payments, and open it wider.

If payments had been House’s opening bid, the Grim Reaper would have stopped that dead in its tracks. Now, the Democrats will be making a much more generous counteroffer, and the GOP isn’t in much of a position anymore to put the kibosh on cash.

Maybe Pelosi wasn’t outflanked after all. But that’s just my thinking. Like I said, I’m not a particularly smart guy, I just have smart friends: perhaps some of that rubbed off on me. 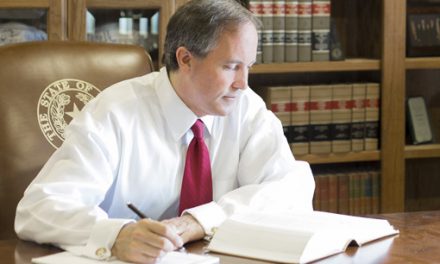 I don’t agree with all of Nancy’s choices but she certainly has her moments. I don’t get backing Lipinski over Newman in Illinois (as a “for instance”). But I love it when she pulls shit like this!

I get it, I just don’t like it in the Lipinski case. Part of being a Democratic leader, just like a GOP leader, is protecting incumbents.

That said, Lipinski was a piece of shit, I totally disagreed with protecting him, and I’m glad that fucker is gone.

Except they recruit said assholes. Look at a lot of the garbage the DCCC recruits. And that is ultimately on her. Also, is she going to pass this shit sandwich of a bill? The one that Yertle the Turtle and Trump’s flunkies negotiated and touted by the press this morning?

“ All of this, by the way, is taking place in the context of a Republican president who’s scaring the shit out of more of America every blessed day, while the bodies keep piling up like cordwood, the stock market keeps making like the RMS Titanic on steroids, at least two Republicans got popped profiting off the pandemic, and the bill contained what could charitably be described as slush fund.” You forgot ‘while Senator Rand Paul was infecting the whole Republican Caucus’ Amazing times we are in. Amazing. The republicans are opening discussing letting hundreds of thousands needlessly die, and… Read more »

Did you see the footage of Chuck Grassley touching all sorts of shit yesterday and then digging in his nose?
I could not care less about the health of the Senate GOP. As Martin said, if a few more go down, there’s a functional Democratic majority.

Thank you, that means a lot. It hurts my heart and soul every day that a goddamn cockroach like Chris Cillizza gets paid a salary and I am… well:

It is strange what raises to the top in America. We live on the myth of meritocracy, yet myth in no way matches reality.

Stay safe. I’m strangely optimistic today. We just don’t have many cases in my county, and have been practicing separation and staying home for over two weeks. Calm before the storm, or a sign of hope?

Yep, that’s how rope a dope is done. McTurtle said cash payments when the cameras were rolling, Orange Shitgibbon said it too,. Hard to walk it back now.

nalbar
Reply to  No Straight Lines

Things are changing fast, huh? Just awhile ago Sanders was a commie SOB, now they are discussing sending everyone 3000 dollars (I’ll believe it when I see it, but still).

And it’s very much beginning to look like that wipeout Booman has been predicting all these years.

do. not. get. over. your. skis.
Jinxes are real. Don’t even say it. Just hold it in. Add it to your anger battery for November:

My bad. One thing I found out recently is that Kanaloa is a trickster God, best not tempt him.

I guess the Republicans thought they were being so “in your face” to the Democrats by pretty much writing this POS bill in a back room with only Republicans. What they didn’t seem to factor in their brazen show of “authority” is that Pelosi was going to have to sign off on whatever they could ram through. Surprising, and pleasantly so, is that the Senate Democrats pretty much stopped that scam in its tracks.