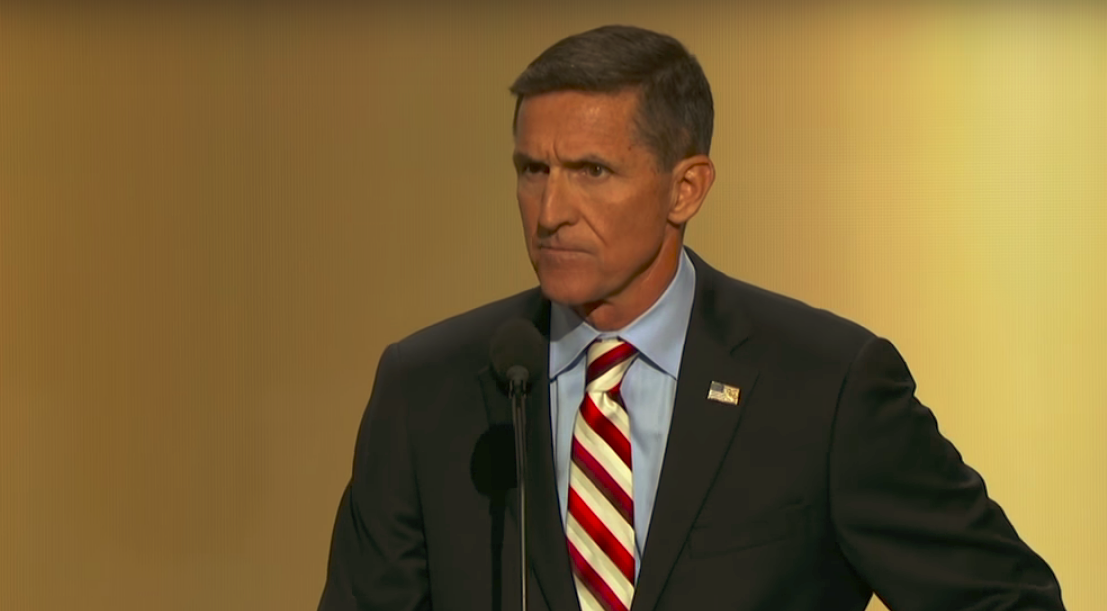 I wrote about this yesterday for my subscribers (please subscribe), but it warrants a fuller treatment here. The basic outline is ably described by the folks at Lawfare so I am going to use an extensive citation rather than reinvent the wheel.

It is exceptionally rare for the U.S. Department of Justice to move in court to dismiss a case in which a defendant has—ably assisted by first-class lawyers—entered into a plea agreement to spare himself prosecution on more serious felony charges. It is rarer still for the government to do so without acknowledging that it violated any law or that the defendant’s rights were somehow infringed. And it is still rarer yet for the government to take such a move without a single career prosecutor being willing to sign onto the brief seeking dismissal.

Yet this is what the government did today, May 7, in the case of Michael Flynn, the man who ever-so-briefly served as national security adviser for President Trump at the beginning of his administration.

Flynn pleaded guilty in a very generous deal with Special Counsel Robert Mueller in December 2017, a deal under which—instead of being prosecuted for serious violations of the Foreign Agents Registration Act—he was allowed to plead guilty to a single felony false statements charge under 18 U.S.C. § 1001. In reaching that plea deal, Flynn was represented by the well-resourced law firm of Covington & Burling.

The plea agreement was so generous to Flynn, in fact, that at the time, it appeared to be an indication that Mueller anticipated Flynn’s cooperation would be extremely valuable. Yet the government today argued in court, “based on an extensive review and careful consideration of the circumstances, that continued prosecution of this case would not serve the interests of justice.”

The government’s 20-page brief is not an honest document—perhaps the reason that it is signed only by Timothy Shea, the interim U.S. attorney for the District of Columbia—and not a single one of the career prosecutors who worked on the case. That may also be the reason why Brandon Van Grack, the prosecutor who has worked the case from the beginning, moved to withdraw from the case entirely just hours before the Justice Department filed its motion.

This is a transparent scam, but we’ve actually been here before. Back in December 2018, I wrote a piece called Michael Flynn’s Very Bad Day in Court. In that article, I took great satisfaction that the judge overseeing Flynn’s case had completely rejected silly right-wing talking points about Flynn being entrapped and delivered a frightening diatribe in Flynn’s direction:

…[U.S. District Judge Emmet] Sullivan tore into Flynn and his lawyers. He almost bizarrely put Flynn under oath before demanding that he admit his guilt and deny all the right-wing talking points which have recently been repeated by the president himself. He forced Flynn to admit that he knew he was wrong to lie to the FBI and that there had been no misconduct in how his interviews were conducted. He acknowledged that any possible wrongdoing then-Deputy FBI director Andrew McCabe and counterintelligence official Peter Strzok may have committed in other areas had no bearing on his responsibility to be truthful to federal agents.

Judge Sullivan openly questioned whether Flynn could have been charged with treason for operating as an undeclared agent of a foreign power while serving as National Security Advisor, suggested that Flynn had dishonored the flag that was displayed in the courtroom, and said “arguably you sold your country out.”

He also asked Flynn’s lawyers how their filing was consistent with the client taking responsibility for his actions and advised them that they might want to delay sentencing since he was not inclined to let Flynn avoid incarceration.

The shaken defense team asked for a recess and then agreed to a ninety day delay in sentencing. Judge Emmet Sullivan is still presiding over the case, and I somehow doubt he’s impressed with the government’s current shenanigans. As Jan Wolfe of Reuters points out, Sullivan is probably going to want some explanation:

The Department of Justice on Thursday told U.S. District Judge Emmet Sullivan in Washington it wants to drop the case against Flynn, Trump’s former national security adviser, following a pressure campaign by the Republican president and his political allies.

While judges typically sign off on such motions, Sullivan could refuse and instead demand answers from the DOJ about who requested the sudden about-face, said Seth Waxman, a former federal prosecutor now at the law firm Dickinson Wright.

“If Judge Sullivan wanted to he could conduct an inquiry and start asking a lot of questions,” said Waxman…

…The judge is unlikely to sign off on the request as a pro forma matter, said Channing Phillips, the former acting U.S. attorney for the District of Columbia during the Obama administration, adding that with Sullivan “nothing is pro forma.”

As Lawfare demonstrates, the flimsy brief filed with the court argues non-persuasively that Flynn’s should never have been questioned by the FBI in the first place. This is ludicrous on its face. They had just recently begun the process of closing down a counterintelligence case of Flynn after having not found derogatory information but decided to reverse that decision when they say him buddying up with the Russian ambassador to undermine sanctions. Nothing further needs to be said, but Flynn was also lying about the matter and causing others in the new administration to lie. The Russians now had leverage over the incoming National Security Advisor. The idea that he shouldn’t have been questioned carries no weight.

I’ve written more about Michael Flynn than any other character in Trump’s orbit, so I am very interested in the final disposition of his case. I’m now certain that Trump will pardon him, although I was never in much doubt about that. I still want to see what Judge Sullivan will say about this unprecedented maneuver by William Barr’s utterly corrupt and dishonest Department of Justice.

Even a Moron Should Have Suspected Michael Flynn of Treason

Ramblings on the SCOTUS

I sure hope Judge Sullivan decides to rip the Justice Department a new one over this sleazy filing.

Doesn’t a pardon on this matter mean that Flynn cannot invoke the 5th amendment regarding his involvement in the Russia election compromising? If he’s suddenly freed from worrying about self-incrimination, can he be forced to sing about the other folks involved?

This is so bizarre. But then everything’s been bizarre for a long time now. Not just since Trump but under him it’s gone from stupid crazy to what-the-fuck-how-can-this-be-happening bizarre.

God willing, may Trump lose the election and then may there be a major investigation into the president on many fronts and Barr and Flynn and the rest of the corrupt cabal.

You can be pretty sure if the judge breaks this deal in some way Trump will pardon the traitor.

I hope Flynn shoves this up Barr’s ass but good. I don’t understand how the Democratic Party can just sit there and watch this lawlessness. I am outraged. My representatives are not…