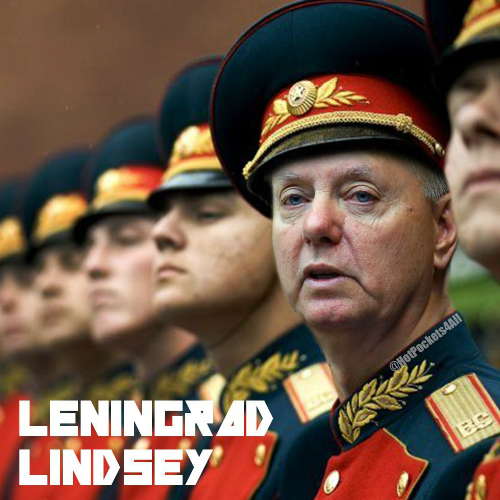 Greg Miller and Karen DeYoung of the Washington Post describe a nation that has been plunged “into a vortex of potential vulnerability…probably without precedent,” which is exactly where a lot of us expected a Trump presidency to lead. Our country’s condition was predictable. The details of its travail were more difficult to envision.

The U.S. president is hospitalized with a virus he refused to treat as a grave threat, in the final weeks of an election whose results he will not pledge to accept, as the nation confronts a struggling economy, an unyielding pandemic and racial unrest…

…Consumed by its own difficulties, the country is in a poor position to respond to provocations by adversaries, advance its foreign policy interests with support from allies, or serve as a credible model of functioning democracy, former senior national security officials said.

Contributing to this chaos is the uncertainty I discussed on Friday regarding the Supreme Court nomination of Amy Coney Barrett.

The dynamics of Coney Barrett’s confirmation hearings seem to be changing almost hourly and, as a result, my advice to Democrats needs an update.

Seung Min Kim of the Washington Post has an excellent explainer on the battle in the Senate Judiciary Committee. Chairman Lindsey Graham still plans to begin the first of four hearings on Monday, October 12, but the South Carolina Republican has moved up the committee vote on Coney Barrett from Monday the 26th to Thursday the 22nd.

Two Republican members of the committee, Mike Lee of Utah and Thom Tillis of North Carolina tested positive for COVID-19 on Friday. Ben Sasse of Nebraska and Ted Cruz of Texas, are self-quarantining because they came in contact with people known to be infected. The Centers for Disease Control (CDC) guidelines call for a 14-day quarantine, so these four members should still be in isolation on the 12th when the hearings begin. However, whether any of them will abide by those unenforceable recommendations is uncertain.

Assuming they all stay in quarantine, Graham’s aggressive schedule would be in peril. He can easily brush past the Senate Democrats’ complaint that lifetime appointments are too important to be conducted via Zoom because, in May, the committee approved two U.S. Court of Appeals justices despite several members not being physically present. He’ll have more trouble navigating the rules on quorums and proxy voting.

Citing Judiciary Committee staff, Kim reports virtual votes can only be cast when a quorum (majority) of the committee is physically present, and only if the vote does not change the outcome. The committee is comprised of 12 Republicans and 10 Democrats. If the Democrats don’t show up, all 12 Republicans must be present to create a quorum. On the other hand, if all 10 Democrats show up and vote in unison, that would be a majority of those in attendance, and the four Republican virtual votes would not be allowed to change the outcome.

As discussed in my last piece, it seems likely that Graham is prepared to violate rules to move Coney Barrett through his committee. Still, there’s a difference between ignoring a procedural rule or two and changing the standard for what constitutes a positive or negative report from the committee.

One way for Graham to avoid this problem is to have the quarantining senators show up in person before the recommended 14 days of isolation. At least in the case of Lee, that appears to be the plan. Despite learning on October 2nd that he has COVID-19, Lee told Graham he’d be in attendance on the 12th.

At that point, the Democrats can fight back with multiple procedural devices.

Graham hopes to report out Coney Barrett’s nomination by the 22nd, so Senate Majority Leader Mitch McConnell can have the Senate confirm her before Election Day. Every delay the Democrats can muster makes it less likely McConnell succeeds.

In theory, McConnell could bypass the Judiciary Committee entirely, but that requires 60 votes. As things stand, McConnell only has 53 members in his caucusITH and 51 committed votes for Coney Barrett’s confirmation.

The COVID-19 outbreak among Republicans in the Senate extends beyond the Judiciary Committee members Lee, Tillis, Cruz, and Sasse. Ron Johnson of Wisconsin is infected, and James Lankford of Oklahoma is in precautionary self-quarantine. Several other members, including Chuck Grassley of Iowa, 87, are flouting CDC guidelines and refusing to quarantine or get tested despite being exposed to infected senators. If two of these Republicans become too sick to vote on Coney Barrett’s confirmation, she might be defeated, and if three get sick that outcome is nearly certain.

The math is simple. Pence can break ties on roll call votes in the Senate, but not mere procedural votes or motions to proceed. McConnell needs fifty-one votes to have a vote at all.

The Democrats, along with Republican Sens. Susan Collins of Maine and Lisa Murkowski of Alaska, have 49 votes in opposition to the nominee. The Republicans have 51 votes in favor. If one vote in favor is missing, McConnell still has a 50-49 majority. If two votes are missing, it’s a 49-49 tie.

For this to be sufficient to defeat the confirmation, Collins and Murkowski would have to vote with the Democrats to prevent a vote from occurring. They haven’t committed to that. If they allow a vote, Pence’s vote will give McConnell his victory.

However, if three favorable votes are missing, the nomination is sunk. Coney Barrett’s lifetime appointment to the Supreme Court is really at the mercy of the coronavirus which she overcame in the Spring.

The Democrats should not wish sickness on their colleagues, but they should not consent to be potentially sickened by them either. Their focus should remain on procedural delay and the illegitimacy of the process, as I recommended on Friday. Still, the recklessness of the Republicans’ disregard for safety is now a potent addition to their arsenal. It’s all part of the “vortex of potential vulnerability…probably without precedent” that the Republicans are piling on the nation. If the Democrats keep the heat on, there’s a real possibility that Biden will select Ruth Bader Ginsburg’s replacement.

Strangling the SCOTUS in a Bathtub

Collins will vote to confirm. It’s about the only way she can hope to be re-elected. That leaves 48 if Murkowski sides with the Democrats.

Delaying all the things all the time while turning Graham’s and McTurle’s words against them to the press is bound to have some effect. Slap down the “both sides” talk and point out that apparently it’s one set of rules for Republicans and a different set for Democrats. Make clear how this stinks, and use it to sustain the opposition.

There isn’t a scenario on Earth where Collins and Murkowski wouldn’t both vote yes if given the opportunity.

The only way she doesn’t get nominated and confirmed is if enough Republicans are unable to physically vote.