How the GSA Administrator is Holding Up the Biden Transition

Political scientist and resident American Enterprise Institute scholar Norm Ornstein warned in the USA Today on Sunday that though our “long national nightmare” that is the Trump presidency “is finally nearing an end… the brutal reality is” that we need to “get ready for another national nightmare now that Joe Biden is the president-elect.”

Specifically, Ornstein meant that we are entering the presidential transition, but this time with the incumbent unwilling to concede defeat. We shouldn’t expect a smooth transition. The congressional scholar’s prediction began to come true immediately, as numerous news outlets reported that General Services Administration (GSA) administrator Emily Murphy is refusing to sign a rather important piece of paper.

It’s called an “ascertainment,” and it’s little more than a semi-formal recognition that the challengers have won the election. It’s unfair to expect Murphy to recognize Joe Biden and Kamala Harris’s victory before Donald Trump and Mike Pence do so, but her inaction has immediate and potentially immense consequences.

Without the ascertainment, the incoming administration is hamstrung in their ability to plan and organize for taking the reins on January 20. As Ornstein explains, there are well-established norms about how a transition is supposed to unfold:

America is unique among established democracies in many ways, among them the extraordinary length of time from an election to the actual transfer of power. Parliamentary systems that have a change in administration make the change overnight. We take 2 1/2 months. That period leaves the losing president in charge, with all his powers, while the winning president-elect prepares to take office.

In modern times, this is a complicated process, as the winner creates a large series of “landing teams,” groups of experts and former officials for each agency, department and office that interact with the existing government executives, career and appointed, to discuss policy history, take possession of key documents necessary to understand what the agency has done and why, and plan for a new agenda with a new team.

There are laws on presidential transitions that provide some protection for an incoming administration, including providing office space and support, and access to agencies. But the ability to have a smooth and productive transition depends heavily on norms.

The Washington Post reports that the Trump administration has no intention of instructing Murphy to sign the ascertainment that would allow this process to begin.

By declaring the “apparent winner” of a presidential election, the GSA administrator releases computer systems and money for salaries and administrative support for the mammoth undertaking of setting up a new government — $9.9 million this year.

Transition officials get government email addresses. They get office space at every federal agency. They can begin to work with the Office of Government Ethics to process financial disclosure and conflict-of-interest forms for their nominees.

This isn’t the first controversy to attend to Murphy’s time as head of the GSA. Congressional Democrats have been highly critical of how she’s handled two matters related to the Trump International Hotel in Washington, DC. The first is related to the lease on the hotel, and the second to the long-planned relocation of FBI headquarters.

The Trump hotel is located on the site of the Old Post Office Building, a government-owned building overseen by GSA and leased to the Trump Organization in 2013. In January 2019, the GSA’s inspector general issued a 47-page report  which found that the hotel lease should have been canceled once Trump became president. By failing to take this action, the Inspector General wrote, GSA lawyers had ignored obvious constitutional concerns and legal precedents, chiefly concerning the Emoluments Clause and risk of foreign actors patronizing the hotel to curry favor with the administration. More recently, Murphy faced tough congressional questioning about what standards apply to a possible sale of the lease, and whether or not the Trump Organization can sell it to a foreign power or entity.

Relatedly, in 2017, the GSA abruptly canceled the relocation of FBI headquarters to Maryland, a plan that had been in the works for 12 years and already cost $20 million. Suspicion immediately arose that Trump opposed the move because the vacated headquarters, located nearby the Trump International Hotel, would then be developed with new retail space and a competing hotel. The decision was made with no advance notice to Congress, and the explanation about avoiding possible cost overruns made no sense, since rebuilding the headquarters at the same location was projected to be far more expensive, as well as tremendously disruptive to the Bureau’s operations.

Yet, if Murphy has hardly been a stranger to scrutiny and criticism, she’s truly in the hot seat now. The Biden administration cannot truly get started until she signs that ascertainment, so she needs to decide if she’s more loyal to Trump or to the country. If she doesn’t feel she can do the right thing without authorization, she should resign. 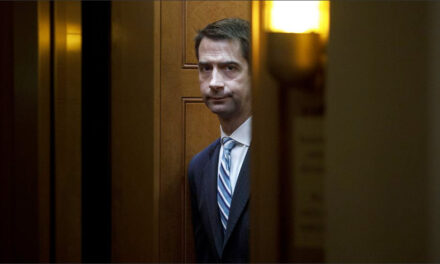 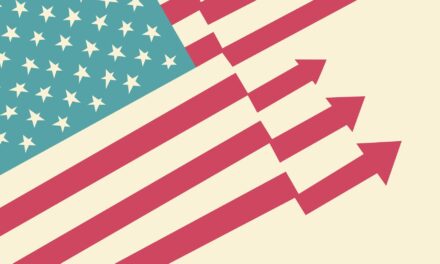 In the Midst of the Biden Boom, Right Wingers Are Politicizing the Economy 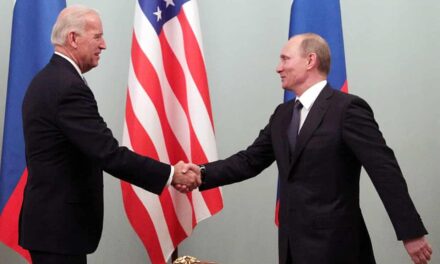 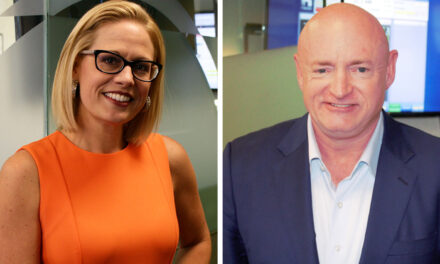 Only One of These Arizona Senators Can Be Right