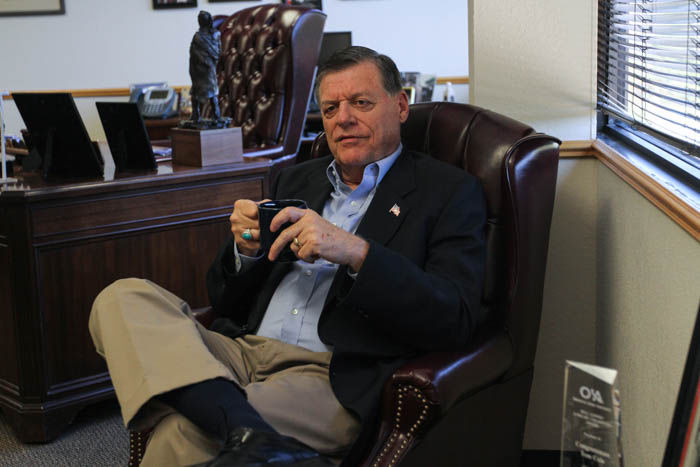 It was 10:30 in the morning on January 13, 2021, and former Rep. Charlie Dent of Pennsylvania was appearing with CNN’s Erin Burnett and Anderson Cooper as they watched the U.S. House of Representatives impeach President Donald John Trump for a second time. Trump was charged with inciting an insurrection a week prior at the Capitol in a doomed effort to prevent Congress from certifying Joe Biden and Kamala Harris as the winners of the presidential election.

Republican Tom Cole, a jovial 10-term congressman from Oklahoma, had just spoken on the House floor: “Mr. Speaker, there’s still a way to unite the country. Let us look forward, not backward. Let us come together, not apart. Let us celebrate the peaceful transition of power to a new president rather than impeaching an old president.”

A little more than five years earlier, Dent, then a member of the centrist Republican Main Street Partnership and Tuesday Group, had been shaken by the sudden resignation of Speaker of the House John Boehner. He was even more disturbed when his preferred successor, Rep. Kevin McCarthy of California, dropped out of the running in that face of a conservative revolt. Dent then recommended that Cole or 2012 vice-presidential candidate Paul Ryan succeed Boehner.

It was Ryan who got the job, but Ryan too proved too moderate for conservatives’ tastes and announced his retirement in April 2018. That was the last straw for Dent and, frustrated with the direction of his party, he quit mid-term in May 2018.

Now, a visibly upset Dent was telling CNN’s Burnett that no more than 10 to 20 of his former Republican colleagues would vote to impeach the president.

This is a time that I think that members need to stand up. Sometimes in order to save — you know, they need to — they shouldn’t be worrying about their jobs right now, they should be doing the right thing. They all know that…

The last time there were troops in the Capitol like this, stationed there, actually sleeping there, was right when Abraham Lincoln called the — the troops to defend the Capitol. I know that because the first unit to respond was the Allen Rifles from my hometown of Allentown, Pennsylvania. This is a very critical moment for these members. You know, this is — you know, they have to risk their jobs in order to save it. This is the time.

In the end, the number was ten. As for Cole, he had surprisingly voted not to certify the election results in Arizona and Pennsylvania. He later explained that he’d considered changing his position after rioters stormed the Capitol, killing one and injuring 140 Capitol Police officers, and terrorizing congressmembers and their staffs. “It was a tough call. I went back and forth on whether or not I should do it. But the sentiment in my district was very strong,” Cole said.

Perhaps Cole’s cowardice was explained by the fact they he and his staff had been trapped inside his office during the insurrection and listened to the terrorists call out his name as they pounded on his door.

Many Democrats share Dent’s disappointment with Cole. “A couple of them have had questions, and I’ve patiently sat down and explained to them,” Cole said.

But there’s no adequate explanation. It doesn’t matter what the sentiment is or was in Cole’s Oklahoma district. The objection to the certification of the presidential election was based entirely on lies, and those lies led to a violent attack and an attempted coup.

That a consensus-minded institutionalist like Cole capitulated to these lies is an indicator of just how far the GOP has gone off the rails.

More evidence came on Thursday when Speaker of the House Nancy Pelosi gave a press conference and announced the she would seek supplemental funding to protect members of Congress not only from future riots but from each other: “The enemy is within the House of Representatives, a threat that members are concerned about, in addition to what is happening outside.”

Pelosi noted that some members of her caucus have recently purchased bulletproof vests because they’re concerned they may be shot by Republican colleagues. Of particular concern is Republican Rep. Andy Harris of Maryland’s Eastern Shore who nearly started a fistfight on the House floor on the night of the insurrection and subsequently set off the metal detectors while trying to illegally carry a gun into the House chamber.

Meanwhile, Kevin McCarthy, the guy centrist Charlie Dent once thought would be a good replacement for Boehner, joined Cole in his coup attempt and, far from supporting impeachment, spent Thursday visiting with Trump at Mar-a-Lago and plotting an electoral strategy for the 2022 midterms. Here’s how historian Michael Beschloss characterized the situation.

Subservient pilgrimage to a twice-impeached ex-President, three weeks after an insurrection, and before start of the Senate impeachment trial.

It’s hard to imagine relations on the Hill getting much worse. Cole describes the environment as “pretty raw” but says the country has seen more difficult times. Perhaps he has in mind the 1856 caning of Massachusetts abolitionist Charles Sumner on the Senate floor. If so, he has company in Republican Rep. Paul Gosar who responded when asked by the Arizona chapter of Oath Keepers if we’re headed toward a civil war by saying, “We’re in it. We just haven’t started shooting at each other yet.”

And, yet the tone is much different at the White House where the talk is still about unity and Press Secretary Jen Psaki goes to the podium each day to present a smiling, optimistic face to the world.

The contrast couldn’t be starker, and maybe President Biden is naïve to think he can steer the government back on course. It should be clear though, that he has to try. 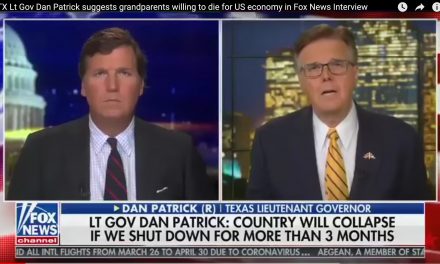 Legislation upholding the status of women