Are Richard Nixon and Donald Trump the Same Person? 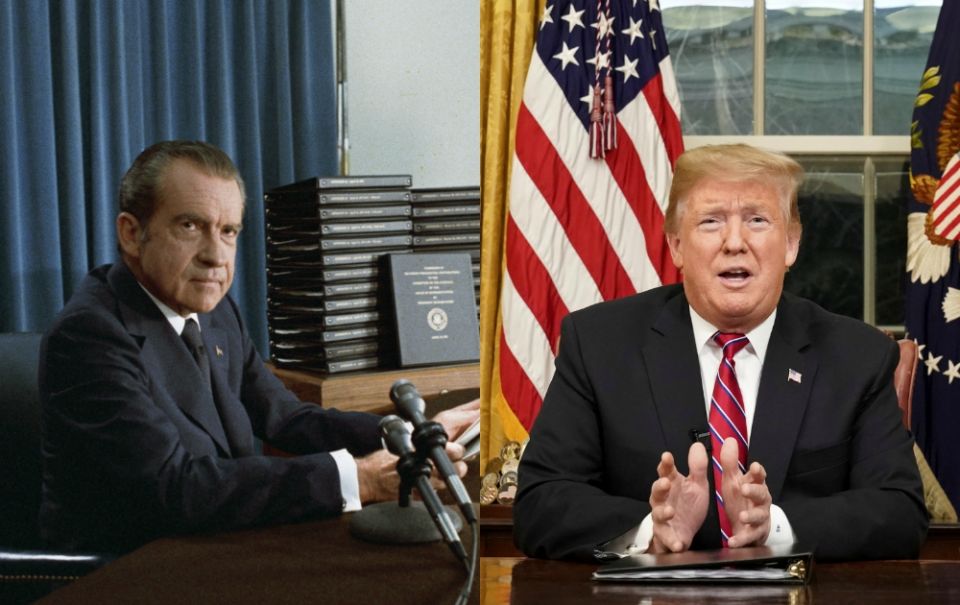 On August 8, 1974, President Richard Nixon delivered a live address to the nation in which he announced he would resign, effective at noon the next day. On August 9, 1974, Washington Post reporters Carl Bernstein and Bob Woodward filed their first post-mortem report. I am going to pull a long excerpt from that article because I want you to read it with Donald Trump in mind. See how well it would fit to simply replace Trump’s name for Nixon’s. To me, it’s astonishing how little seems out of place.

Unlike the rest of the nation that day, the President and his men then knew the real meaning of Watergate was not merely a “third-rate burglary,” as Ronald L. Ziegler, the White House press secretary, had described it. Watergate — a term that would be hammered into the American consciousness and the soul of Richard Nixon’s presidency for the next two years — represented something far more serious. To the President and his men, Watergate meant the potential exposure of the crimes of the Nixon administration — “The White House horrors,” as John Mitchell would later derisively call them.

Mitchell, the Attorney General of the first Nixon administration and now the director of the President’s re-election campaign, received word in California that Saturday of the arrests. While serving as the nation’s highest ranking law enforcement officer, he had been present at a meeting six months earlier when Liddy proposed to place the Democrats under electronic surveillance.

Now Mitchell dispatched Jeb Magruder, who had also attended that meeting, back to Washington. “The cover-up, thus, was immediate and automatic,” Magruder wrote later. “No one ever considered that there would not be a cover-up.”

That same day, John Dean, counsel to the President of the United States, arrived in California from a trip abroad and phoned the White House. He, too, had been at that initial meeting with Liddy, and at another as well where plans for illegal electronic surveillance of the Democrats were discussed. Upon learning of the arrests, he immediately flew to the capital. Watergate, he knew, was that “peek into the tent” that could bring the tent down.

But it was Richard Nixon, the hard political realist, who knew better than anyone what the collapse of that tent could do to his presidency. Thus it was the President who took the irrevocable step, six days after the break-in, of ordering his aides to insure that the FBI or the American people never learn what lay underneath: the wiretapping, burglaries, cover-ups, lies, money-laundering, secret funds, enemies’ lists, dirty tricks, “plumbers,” physical surveillance, forged cables, attempted character assassinations, IRS audits . . . a veritable catalogue of illegal activities and abuses conceived and directed by the President and his men.

AS THE PRESIDENT himself was forced to gradually reveal, he was the man behind the web of Watergate. It was his passion for secrecy that made the demise of his presidency inevitable. Similarly, it was his response to the threat of discovery that set in motion those forces which finally destroyed him.

In the end, it was finally possible to trace the repeated miscalculations which Richard Nixon had woven. There was no grand plan — for the illegal activities or for the attempts to hide them. But the single unraveling strand was the character, ideology and insecurity of Richard M. Nixon.

He totally failed to perceive the goodwill extended to any President by the people, the bureaucracy, the military, the press, his political party, Congress and the institutions of justice. Instead of using them as allies — in the tradition of his predecessors — he assumed their enmity. In the process, he eroded their ability to help him.

Perhaps there were times in these past two years when Richard Nixon could have saved himself and spared the people of this country the trauma of his ordeal. At crucial points in the conspiracy which finally brought him down, he spoke of “cutting our losses,” of “hang-outs,” even of telling the truth.

But, as his own aides have sadly conceded, he never did. Instead, he “stonewalled” to the end, even against his own lawyers, his most trusted aides and his staunchest political supporters in Congress and the country. It was Richard Nixon, observed a member of his staff, who had us wallow in Watergate. Almost, it now seems, from the day he took office and began his miscalculations — and his misreading of history — he made the unthinkable possible: that a president would so abuse his vast powers that he would need to obstruct justice, provoke the reluctant institutions of the nation into action against him, and finally — be pushed from the pinnacle in disgrace.

RE-READING THE transcripts of his own tape recordings (which, characteristically contained the seeds of Mr. Nixon’s destruction), the tragic pattern of the Nixon presidency becomes more clear.

As the tapes demonstrate, Mr. Nixon came to the White House full of suspicions and phobias and, apparently, a belief that his predecessors had routinely used the nation’s highest office like the backroom of some political clubhouse. If he had any faith in the existing institutions of government, aside from the power of the executive, it is nowhere to be found in the tapes. Members of Congress, where he had served 14 years, were “assholes,” to be loathed and manipulated; the IRS was a tool of the Democrats, to be turned into an instrument of retribution: the FBI was inept and, worse, unwilling to break the law in pursuing the enemies, real or imagined, of the White House; the nation’s newspapers, which overwhelmingly supported his re-election, were after Nixon; the bureaucracy, those nameless, faceless and hidebound civil servants, were Kennedyites, or, little better, paper-pushing remnants of the Great Society; the Republican Party was committed not to Richard Nixon but to some vague ideals that drained off money and energy from the President’s own electoral ambitions.

The President’s men, as revealed on the tapes, shared the fearsome vision of their leader. Chapin, Dean, Krogh, Zeigler, Magruder, Colson, Porter, Strachan, Huston, Young, Haldeman, Ehrlichman. Willingly, even enthusiastically, they outdid each other with plans to “screw” the White House enemies, to supplant the security functions of the FBI with a squad of White House vigilantes, to undermine the electoral process through disruption of the opposition party’s primaries, to “fix” mock elections in high schools, to smear the reputations of politicians and public servants of both parties and — finally — to undermine the administration of justice.

Literally the only thing in there that is glaringly off is the endorsements of the nation’s newspapers. They backed Nixon in 1972, but they overwhelmingly and nearly unanimously rejected Trump in 2016. Everything else appears to be a spot-on description of not only Trump’s presidency but his character. 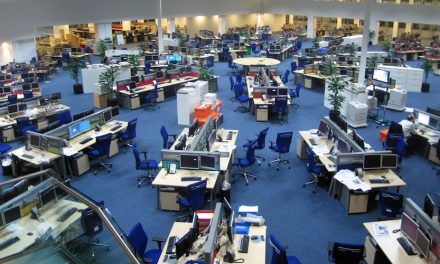 The Abortion War Will Bring the Final War

Arguably, our most important newspaper, the New York Times, was instrumental in achieving Trump’s victory, so even the statement about the press supporting Nixon’s election rings true when applied to Trump – at least in some respects.

Once upon a time, Bob Woodward could write.

Once upon a time, Bernstein was his writing partner.

The similarities between those two criminals are amazing.

Stepping back and looking at the broader picture, how do we peel back republican support for Trump? Nixon had huge support when his troubles first started, but over time that support eroded away.

Right now it looks like the republican party has no shame — is that even fixable?

Both men exhibit the same sort of paranoid mindsets, although Trumper (as a stupider person) may be more credulous and willing to believe the most brainless conspiracy theories. Nixon had enormous experience in federal governance, but had become a cynic par excellance—it seems likely he came to hate most aspects of America and its governing machinery. Nixon was an intelligent man; Trumper an obvious ignoramus and dummy. Nixon was able to hide his personality disorder to a much greater extent than Trumper can. Both men operate under the theory that the prez is allowed to do anything at all, that… Read more »