When Principled People Do Stupid Things 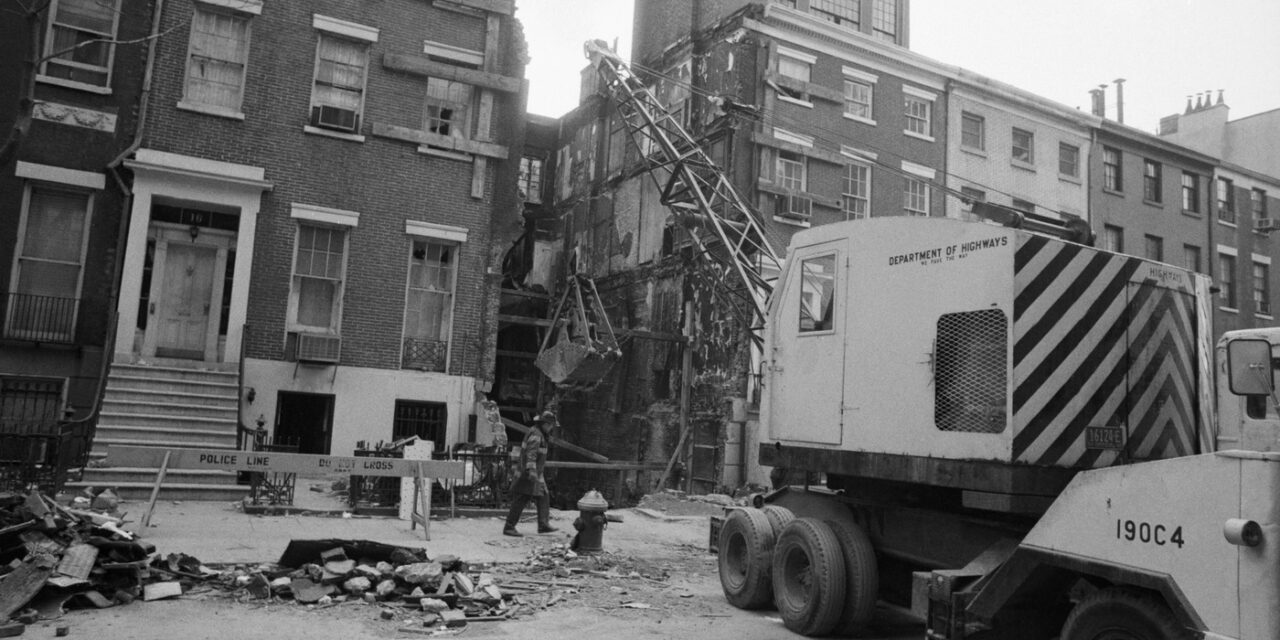 I don’t know. It seems like sometimes people start off with something principled and they wind up in a really strange place. That certainly happened with David Gilbert, a college-aged hell-raiser who in the 1960’s fulminated against racism and the Vietnam War as a key member of the Students for a Democratic Society. When that organization proved too timid for his tastes, he co-founded The Weathermen, a group that utilized terrorism rather than rhetoric. In 1970, his girlfriend died while making bombs in a Greenwich Village townhouse.

Things reached a truly absurd state when Gilbert joined up with six members of the Black Liberation Army to rob a Brink’s truck in 1981. The idea was to reappropriate money to the victims of slavery.

That “principled” escapade earned Gilbert a conviction on three felony murder counts and a 75-year sentence in the slammer. On the day he resigned from office, New York Governor Andrew Cuomo commuted Gilbert’s sentence to time served. Gilbert could be a free man soon if he can convince the parole board he’s not a threat, but that doesn’t make him any less of an idiot. Somewhere, somehow, he lost his moral compass and went off the rails.

I thought about his example when I saw that Delta Air Lines is now going to jack up the health insurance premium for employees who aren’t vaccinated against COVID-19.

Delta Air Lines CEO Ed Bastian notified employees Wednesday that they will face $200 monthly increases on their health insurance premiums starting Nov. 1 if they aren’t vaccinated against Covid-19, citing steep costs to cover employees who are hospitalized with the virus.

The connection with Gilbert is probably not immediately obvious, but I imagined that those who feel strongly that the choice of whether or to get inoculated is a matter of personal liberty will react poorly to discovering that it comes with a hefty price tag. Some of them may become convinced that their freedoms are under threat and find “principled” reasons to fight back with violence.

It’s not a wholly ridiculous idea. I can easily imagine circumstances where the government insists that people make health decisions that should be left to their discretion. For example, reproductive rights could be completely curtailed or, on the opposite end of the spectrum, there could be a program of coerced sterilization.

Infectious disease, whether we’re talking about polio, small pox, measles, or whooping cough, creates a challenge to personal liberty. I’d actually be a little concerned if there were no push back against compelled vaccination programs, no matter how clear it is that the benefits outweigh the risks and costs.

There are obviously nuances to this. Delta Air Lines is not the U.S. Government and no one has any “right” to be employed there. It’s a bit different than telling parents that their children have to be in school but they can’t go to the free public school unless they are vaccinated. Either way, though, the exercise of liberty isn’t free.

It’s important to note that Delta isn’t firing unvaccinated workers. Instead, they’re making it expensive and extremely inconvenient to eschew the shot. It’s similar to the strategy the NFL is using to coerce compliance among football players. We’re going to see more of this now that the Pfizer shot has been fully approved by the FDA.

We’re already seeing other inconveniences, like service industries demanding proof of vaccination to eat in a restaurant or attend a game or concert. Collectively, this creates a definite second citizenship class. No one should be surprised if they feel oppressed and some of them begin to act accordingly.

Yet, however much they may think that they’re in the right and acting to protect all of our freedoms, when they lash out violently, they’re going to look just as stupid as David Gilbert, and possibly they’re going to do just as much time in prison.

Maybe forty years later some disgraced governor will have mercy on them. Who knows?

Public Opinion Round Up: Demand for Health Care Reform and of What Kind

I was reading this morning that in some Ford plants, up to 20% of workers are calling off, many in response to the word that masks are once again going to be required in the workplace. Their spots are being filled, for the time being, by temporary workers. I imagine we will see a lot of this sort of thing over the coming months. I wouldn’t be surprised to see the company I work for revert back to mandatory masks in our offices. At first glance, my instinct is to be okay with insurance companies charging more to the unvaccinated.… Read more »

I’m really uncomfortable to point of opposition with either raising insurance rates or withholding care from the unvaccinated. Does it apply when they get their booster shot, for example? Wellness programs are already a bad idea and problematic, and don’t achieve the goals they set out to do. Charging more for smokers hasn’t reduced their propensity to smoke, it just causes them to drop their insurance plan.

I don’t know the “right” sticks to use but this one is wrong, imo. Mandates are much more defensible than taxing/charging people.

“I’m really uncomfortable to point of opposition with either raising insurance rates or withholding care from the unvaccinated.” I’m not uncomfortable at all, but only for the willfully unvaccinated. I believe there should be carve-outs for the immune-compromised, children too young to be vaccinated, and people with actual real religious beliefs (like the JWs, for example). But I have no such discomfort for anyone else. That said, I know some people who are deathly afraid of needles, and I wonder if there’s an oral delivery system for the vaccine. That also said, my teenager is one of those people who… Read more »

I think it undermines the entire purpose of universal health care. It treats people as health care consumers, obsessed with “incentives” of individuals rather than collective action. I believe in that principle. You don’t triage based on vaccinated status, you triage based on chances of survival. Allowing the hospitals to be full is a public policy failure, but charging the unvaccinated isn’t going to bring capacity up. It’s just punishment for its own sake. My point on boosters is that you’re going to eventually miss more people as the vaccinated campaign continues (it’s incredible so few have missed their second… Read more »

Is this what’s called a “slippery slope” argument — if governments “get away” with requiring vaccinations, then the jackboots will be soon be heard in the streets? I can’t quite tell whether you think this is justified or not. Gilbert’s hysterical rage had very little to do with what was actually happening politically in US society in 1981 – in spite of Reagan, things had been much worse a decade earlier, Nixon and the war were long gone by then. And Gilbert and the rest of his nutcase group always had many many other choices of how to demonstrate their… Read more »

I very much appreciate the calm discussion of this issue. However, as someone who works in a hospital, this feels like living in the 8th circle of hell. Everything is on fire, friends (vaccinated) are getting sick, we are all worried about our families, and we have all taken oaths to care for everyone, no matter their position on vaccines prior to medical encounter. How many heart attacks and cancers have to be not treated because someone decided not to take a vaccine that we no longer tolerate this behavior. We are like everyone else who is vaccinated: holding back… Read more »

I believe I’ve already commented in the past about this, but here’s my take as a RN who works in an inner city ED in Atlanta GA. At this point, if you’ve made the dumbfuck decision not to get vaccinated, that’s fine. When you start having shortness of breath, stay the fuck home, go on Facebook to get the latest updates as to which essential oils, farm animal dewormers and malaria/pool cleaner combinations will work best with your blood type, astrological sign, and obvious COVID infection. The ED is now a Med/Surge, Tele, ICU extension, which means when people come… Read more »