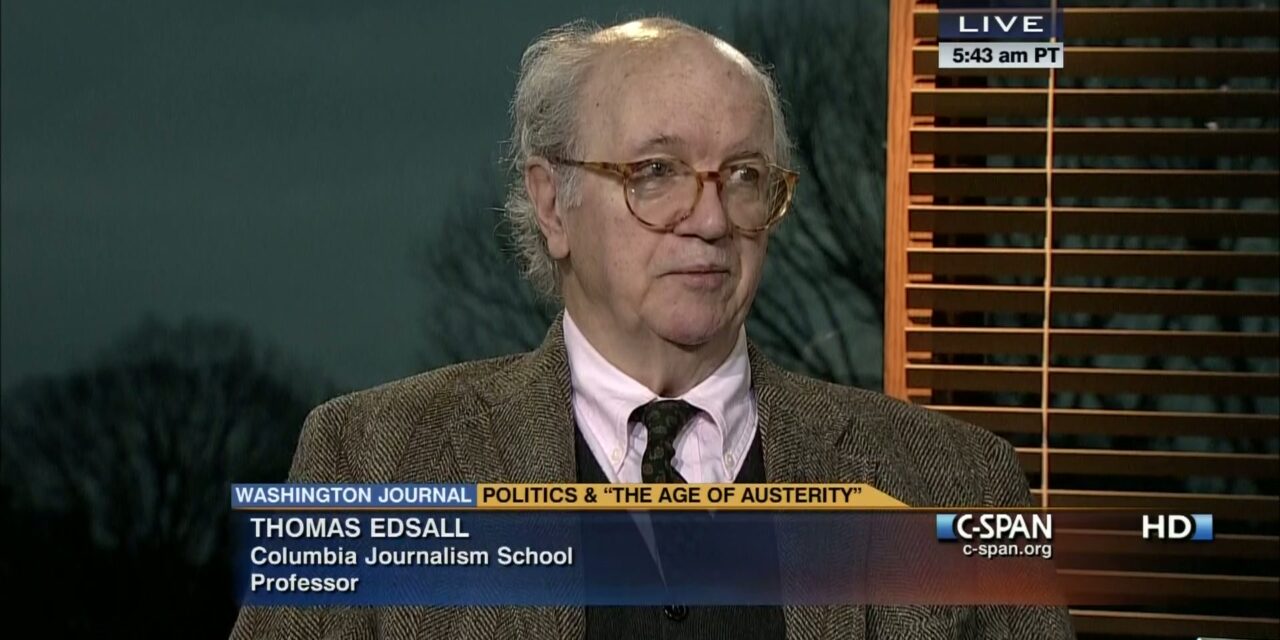 I generally enjoy Thomas Edsall’s columns, but I think his latest is a bit of a mess. Even the headline writers don’t seem to have understood the point since they went with an informationally vacant “One Thing We Can Agree on Is That We’re Becoming a Different Country.”

Edsall marshals a variety of studies and opinions from public intellectuals to discuss the growing intolerance of the left, but his target is really more specific to “white liberal elites.” I have no problem trashing white liberal elites. I do it all the time. However, I’m usually pretty upfront and specific about what I find problematic. In general, my complaints are about poor reasoning and a lack of realism which often manifests as political foolishness wrapped up in sanctimony. But this is me talking to my own tribe because culturally, if not financially, I am a member of the white liberal elite. Most often, I agree with their goals but not their methods, although that doesn’t mean I don’t recognize some of the problems that Edsall identifies.

For example, as a white man I definitely notice that “white man” has become an epithet that is often used to dismiss someone’s opinion or qualifications. Scrolling through social media, I often cringe at how the term is used, less because it’s at least indirectly pointed at me than because it strikes me as appallingly bad politics. Maybe the most interesting part of Edsall’s piece is data from the 2020 American National Election Studies survey “showing that white liberals, in contrast to white moderates and conservatives, rate minorities higher on what political scientists call a thermometer scale than they do whites.” In other words, white liberals have better feelings about people of color than people of their own racial identity.

I think it’s less important how you characterize this phenomenon–Edsall’s sources call it “guilt”–than that you recognize that it’s pretty hard to win a majority of any group’s votes if you have a self-hating message. In the 1990’s, when Bill Cosby vented about black kids wearing baggy pants and Chris Rock insisted that some blacks really are “niggas”, who “glorify ignorance and sloth, and brag about fulfilling any minor responsibility,” no fair observer could argue that they weren’t making some valid self-criticisms of black culture. But they weren’t going to win over the black vote with that kind of message. However well-intentioned white liberal criticism of historic racism, sexism, homophobia, and colonialism might be, it’s experienced by many whites as a selective attack on their history, accomplishments and worth.

Edsall basically meanders to this point in his conclusion, where he warns “Donald Trump rode the coattails of these issues into office. Could he — or someone else who has been watching closely — do it again?”

But the conclusion is really the first place where he puts this in a political context. The piece is much more dedicated to the issue of free speech and how unpopular opinions are treated in colleges and universities. While he talks about white self-hatred he’s actually much more interested in how college administrators police the free exchange of ideas despite both students and professors being more tolerant of politically incorrect opinions.

The result is an opinion piece that lacks a narrative. We have no clarity on what Edsall considers the central problem. Is the problem political in the sense that white liberals are creating a backlash that will give us another Trump? Or is the problem more on the merits, that white liberals are simply wrong when they talk about “white supremacy culture” and patriarchy and imperialism?

To make things more confounding, Edsall spends a bit of time looking at the strategic thinking of the people pushing “wokeness.” He notes that there’s a purpose to pushing the boundaries of what’s unacceptable. Legislative change usually follows cultural change, and both are core objectives of progressive reformers. To advance these goals, Edsall argues, progressives are pushing too hard in various areas and bringing too much speech and behavior under the categories of sexual harassment and assault, racism, triggering, bullying and microagression, etc. Innocent people get caught up in the game and branded as irredeemables. Sophisticated progressive strategists understand that there’s collateral damage, but as Edsall’s source Cass Sunstein explains:

Their goal is to create some kind of cascade, informational or reputational, by which the concept moves in their preferred direction. In the context of abuse, bullying, prejudice, and sexual harassment, both informational and reputational cascades have indeed occurred.

In this sense, wokeness is working. If your goal, for example, is to make the workplace safer and fairer for women, redefining acceptable behavior from men is a prerequisite, and this has to happen culturally before it can manifest itself in laws and corporate policies. It’s legitimate to have a debate about how far is too far, but it seems that a discussion of the merits can take place without an exclusive focus on the extremes.

If we’re talking about merits, we have to consider how far we’ve come since the 1960’s when the debate was over the legitimacy of white supremacy to today where few will defend white supremacy and even many virulent racists live in terror of being called racist. That’s how “wokeness” wins–by creating a cascade that defines previously permissible behavior and opinions as socially unacceptable. Something similar has happened with gay rights, and certainly with women’s role in the family and workplace.

There’s always a conservative backlash against progressive change, but conservatives tend to lose these arguments in the long run. In the short run, they sporadically ride the tide to electoral victories and it’s really about whether progressives can potentially lose more than they gain. A good example is the present conservative makeup of the Supreme Court, which is a direct product of the Republicans winning backlash presidential and midterm elections.

There are simply two many topics here and they aren’t tied together by anything other than a general distaste for white liberals. In the end, Edsall’s critique isn’t much better than Cosby’s baggy pants tirade. He’s not going to convince white liberal elites by being a self-hating white liberal elite. 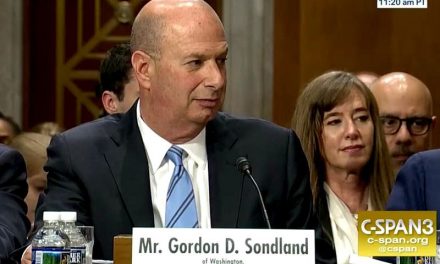 So, What is Lyin’ Gordon Sondland Gonna Do? 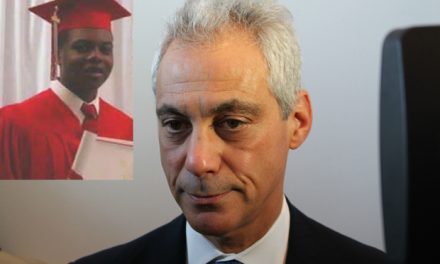 Rahm Emanuel is Wrong About Everything

I didn’t read Edsall’s piece, but your recap is pretty clear. Today’s thoughts: Yes. I’m all for “wokeness”, as long as it’s productive. But, qualms that I have are Stop using “white” as a soft slur, unless you’re OK with bleeding more white males that may vote for a Democrat. It’s stupid, counterproductive, and just feeds into what Republicans say about Democrats hating white people, white people being the victim, etc. FUCKING STOP. Unless someone is MOCKING a cultural thing, lose the entire god damn “cultural appropriation” thing as a criticism. A white kid has dreadlocks? E PLURIBUS UNUM. Love… Read more »

How about we let everyone have white privilege?

I canceled my NYT sub a long time ago and I’m not going to re-register to read this piece, but it sounds in description like the same anti-woke handwringing garbage that the Economist is engaging in this month. NYT is chasing Tucker Carlson fans, most likely. Big reason why I chucked them.