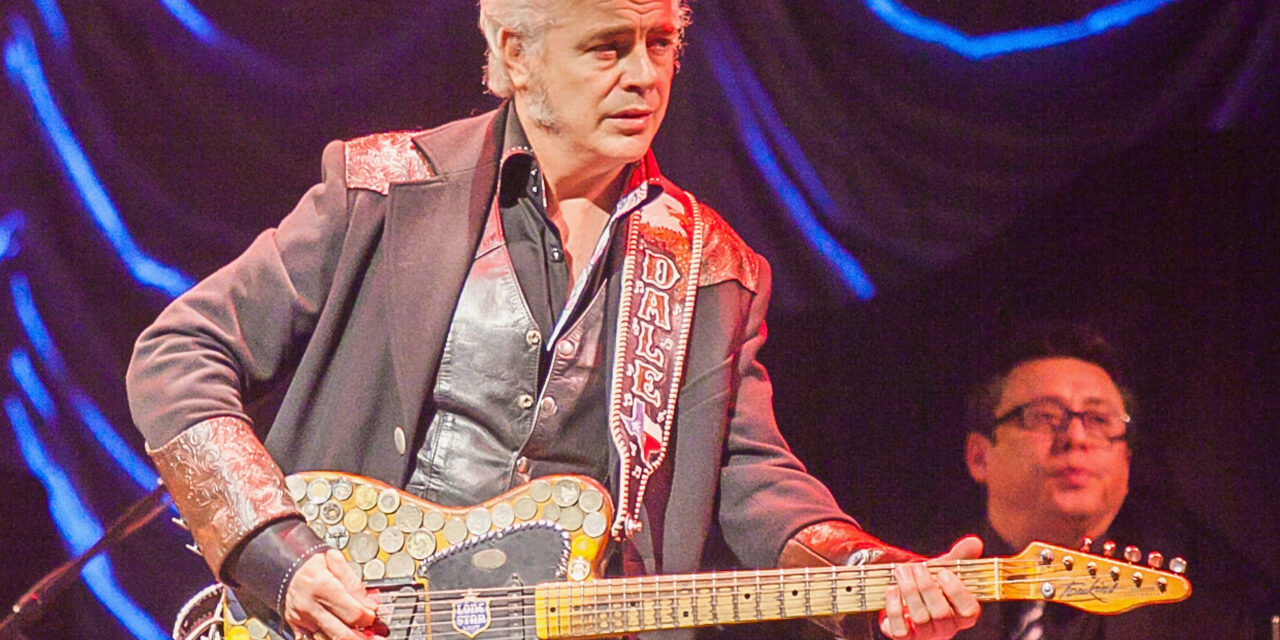 I’ve seen Dale Watson at least three or four times, and he’s one of the best honky tonkers I’ve ever seen. On more than one occasion, I’ve watched him holler into the crowd for someone to give him a topic to sing about, and then make up a song—a GOOD song, too—right on the spot. He’s a banger of a songwriter, and a hell of a performer. He’s also a whiny-ass titty baby who refuses to own the consequences of his decision not to get vaccinated, blaming just about everyone but his own foolish self for his predicament.

Dale Watson announced via Facebook on Thursday (December 2) that he will not be performing on the upcoming Outlaw Cruise because of his unwillingness to receive a COVID-19 vaccine.

Watson had been scheduled to perform on the country cruiseship event, which docks from Miami and runs from February 25 to March 3. He is no longer listed on the website for the Outlaw Cruise, which features at least nine other Austin artists like Shinyribs, Bill Kirchin, Asleep at the Wheel, and Jesse Dayton.

The Austin Chronicle excerpts a long and self-pitying rant Watson posted on Instagram, and it’s well worth posting in its entirety, if only so those of you who don’t use Insta can have the opportunity to point and laugh.

So, I post this to let fans know why I may or may not be on a cruise , festival or show. I’m a man of beliefs and conviction and they are my own. I will not be on the Outlaw Cruise because of them. I also , I’m sure , will not be allowed in many venues because of them. I will stay strong in the mainstream ridicule. Even when “ friends” would eagerly say “ just do it”. It’s sad.

Actually, what’s sad is watching a successful musician kneecap himself, and what’s more put himself at a much higher risk of dying prematurely, because the omicron variant is no joke.

A past coronavirus infection appears to give little immunity to the new Omicron variant rippling across the globe, South African scientists warned on Thursday, potentially tearing away one layer of defense that humanity has won slowly and at immense cost.

“Population-level evidence suggests that the Omicron variant is associated with substantial ability to evade immunity from prior infection,” the authors of the unpublished study wrote.

In an online briefing held by the World Health Organization’s regional office for Africa, South African scientists presented a blunter version of the same conclusion, simply based on the country’s raw numbers: About 40 percent of the population has had the coronavirus and about 30 percent has been at least partially vaccinated (though there is no doubt some overlap), and yet the number of new cases is soaring.

“We believe that previous infection does not provide them protection from infection due to Omicron,” said Anne von Gottberg, a microbiologist at the communicable disease institute.

Now, I’m the kind of person that tends to trust my doctor, as well as experts in the field of epidemiology and virology. However, I am not a guitar player and singer, so what do I know? Take it away, Dale!

I’m a man that has complete natural (and better , according to most real studies) immunity, but that is never considered because there is no money to be made in Natural immunity. My beliefs. It does not have to be yours.

Actually, there’s a lot of money to be made on so-called “natural immunity,” as a quick visit to any quack medicine website (or Joe Rogan‘s show) demonstrates. Meanwhile, the cemeteries are filled with the “naturally immune,” because a virus doesn’t give a shit about your precious feelings and beliefs. Also, too, the vaccine is free, although perhaps Mr. Watson is engaged in a critique of capitalism more generally, and will stop charging a cover at his shows? Also, what are these “real studies” Watson refers to? He never says!

I will take a test before every gig to insure everyone’s peace of mind , but that is not enough for this administration.

While Watson sets up Joe Biden as some sort of boogeyman, the Austin Chronicle blows his story out of the water. “It is in fact the cruise company that requires vaccinations aboard its vessels,” the Chronicle reports. “This summer, Norwegian Cruise Line’s owner sued Florida’s surgeon general over the state’s law forbidding businesses to require vaccinations from employees and customers,” which makes sense, because who wants a ship filled with plague rats?

This will not be a place for back and forth FU’s on each other’s opinion on my post. Any name calling I will delete. May even block. I’m just informing my friends and fans of the predicament I’ve been put in and my choice of dealing with it. Your beliefs are yours. Gods speed to you. But mine are mine.

Now, Watson’s instrument is the guitar, but I could swear I’m hearing the world’s tiniest fiddle playing a sad, sad song. “I’m just informing my friends and fans of the predicament I’ve been put in.” That’s some pretty weak sauce. No one put Mr. Watson in this predicament except himself. He’s not mandated to take a vaccine, anymore than my local 7-11 mandates that I wear a shirt and shoes in their store, or than my local bar mandates that I drive my car after I’ve spent the afternoon chugging enough Lone Star to knock a horse on its ass. Rather than owning his bad decision and accepting the consequences that follow from it, Mr. Watson is instead flailing around to find someone to blame—because apparently, it’s everyone’s fault but his own. No, really!

I hope the world wakes up from this brainwash but I will not hold my breath.

I guess my friend Steve’s death in early 2020, from Covid-19 was a hoax. Any day now, John Prine‘s gonna announce a surprise concert. Those nearly 777,000+ Americans who are dead from Covid-19 are all playing along in the greatest gaslighting of all time!

I’ll keep picking and grinning. Until they figure how my livestreams spread covid I guess I’ll be doing that toward the end, after I’m outlawed to play in public. Does that sound extreme? I hope it does to all of you , but I’m afraid there are many that think it does not.

No, it sounds like a man drowning himself in self-pity because he doesn’t want to protect himself, his fans, and the employees of the venues he plays from an exceedingly contagious and deadly disease.

If you did, you’d get the vaccine, for their sake.

I’ll be touring. I’ll be live-streaming. I hope you keep supporting my music. My music is made for you to escape this crazy upside down world. If only in the hour or so you hear me mess up on the guitar or crack trying to reach that Ray Price or Elvis note. I’ll be here. I hope you’re there. Truly written in love and gratitude to all who support my Music And for those who disagree with my stance , be an adult , and keep scrolling. I’m not against you, I want everyone to have the right to their opinion. Just be kind , move on. This is me, Movin On.

I actually WILL keep supporting Mr. Watson’s music, because he’s a great performer who puts on an amazing show. But I will do so while worrying about the 59-year old performer’s health—his age puts him at higher risk, as does a livelihood that puts you in front of hundreds of strangers on any given night.

But if Mr. Watson is upset about not being able to play certain shows and tours—and despite his bravado, he sure sounds like a 5 year old throwing a tantrum—he should look in the mirror and consider the choices he’s made. 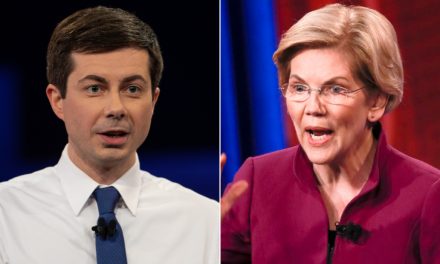 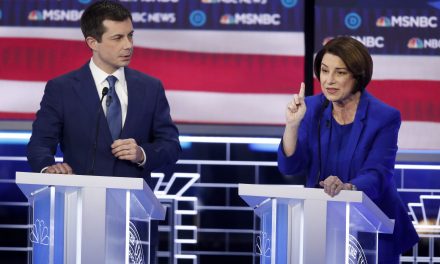 The Nevada Debate Was Entertaining and Revealing 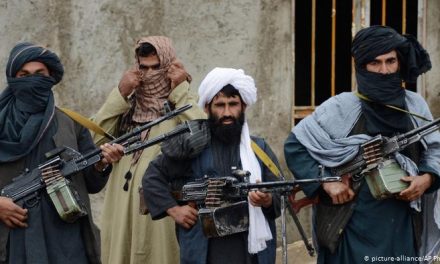 No, Lindsey Graham Doesn’t Have a 79 Percent Chance of Winning