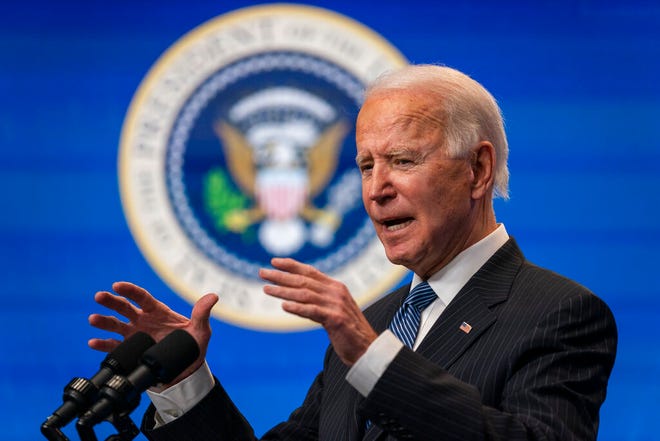 President Biden is on an historic winning streak, but there’s still plenty of trepidation on the left.

Indeed, inflation remains the big skunk in the Rose Garden for Mr. Biden, souring the public as prices rise for food, housing and other necessities at the highest rate in four decades. But the White House hopes the public will balance that against the spate of successes of recent weeks, including a surprisingly robust jobs report; falling gas prices; a drone strike that killed Ayman al-Zawahri, the leader of Al Qaeda; the approval of a treaty admitting Finland and Sweden to NATO; and passage of major legislation investing in the domestic semiconductor industry and expanding medical care‌ to military veterans exposed to toxic burn pits.

Biden’s approval numbers went into negative territory in August 2021, and they just trended steadily down from there. That was the month when Afghanistan fell to the Taliban, but it’s also the month that the House and Senate Democrats passed the budget resolution authorizing funding for Biden’s Build Back Better plan. It was a high moment in setting expectations for the left, but by September 2, 2021, Sen. Joe Manchin of West Virginia was already pouring cold water on the plan, stating he wouldn’t support anything over $1.5 trillion in size.

Over the eleven months, Manchin repeatedly thwarted efforts to push forward a budget reconciliation bill on terms at all resembling the left’s August 2021 expectations. At times, it appeared that Manchin would let Biden and the Democrats go into the midterms with no deal at all. That changed in July, and a very substantial bill is now through the Senate and awaiting passage from the House.

We’re now on our third consecutive president who struggles to poll higher than the mid-to-low forties in approval, and it could be that that’s the high-water mark absent some unifying and likely temporary crisis. What’s odd is that Biden would appear to be a far less polarizing figure than Obama and Trump, so we’d expect him to arouse a little less heated disapproval from the right. Part of the problem is that numerous polls confirm that over 70 percent of Republicans don’t think Biden is a legitimate president because they believe The Big Lie that the election was stolen from Trump. That’s a bigger legitimacy problem than Obama faced at the height of the Birther controversy.

Still, Biden has been polling below 40 percent largely because he’s not getting the typical amount of support from his own nominal base. They’ve been disappointed that he hasn’t been able to deliver on so many campaign promises, and perhaps his low profile in office makes it seem like he’s not putting up much of a fight. This is a cost that Manchin’s year-long defiance exacted on the president’s image, and one of the most important political questions for the midterms is to know if the damage is permanent.

If the left’s opinion of Biden’s performance now shifts in light of his string of successes, we should see a bump in his approval numbers even if independents and Republicans remain unimpressed.

The White House and the Democrats will be quite relieved to see Biden’s approval numbers move up to the low-to-mid forties, but they should recall that Obama and Trump both suffered disastrous midterm elections when they were polling in that range.

The dynamics of these midterms are a lot different, however. With both Obama and Trump, there was a sense that their administrations were changing a lot of things very fast, and the electorate basically acted as a brake. But if the perception that Biden is ineffective may have solidified, so too has the perception that he is moving slowly, not creating enough change.

That’s why the right has focused more on so-called “Woke culture,” rather than Biden’s legislative and regulatory moves. They’re seizing on areas where a significant part of the electorate feels the culture is moving swiftly in the wrong direction, but backlash against things like trans-rights aren’t really a reaction to the White House.

Instead, the conservative Supreme Court’s radical rulings, particularly their decision to overrule Roe v. Wade, has made voters more inclined to apply a brake to the Republicans.

With the impending passage of the Inflation Reduction Act, it’s possible that the public will shift gears and look to limit how much change the Democrats can impose, but there isn’t as much natural backlash in the legislative package as we say in the Affordable Care Act, which directly impacted many people’s health insurance. Most of the items in the bill are somewhere between popular and wildly popular.

While disappointment is inevitable, the left should take its victory without grumbling, because what comes now is the sales job. Voters should be happy and they should reward the Democrats, but that’s less likely to happen if Democrats are more focused on grumbling about what should have been.

The GOP Learns How It Feels to Get Strategic Documents Stolen