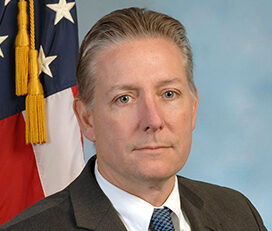 In plainer language, McGonigal ran afoul of the sanctions against Russia by entering into a contract to do work for infamous oligarch Oleg Derispaska (of Paul Manafort fame), and he broke other laws by taking steps to conceal the true identity of his client.

U.S. Attorney Damian Williams said: “As alleged, Charles McGonigal, a former high-level FBI official, and Sergey Shestakov, a Court interpreter, violated U.S. sanctions by agreeing to provide services to Oleg Deripaska, a sanctioned Russian oligarch. They both previously worked with Deripaska to attempt to have his sanctions removed, and, as public servants, they should have known better. This Office will continue to prosecute those who violate U.S. sanctions enacted in response to Russian belligerence in Ukraine in order to line their own pockets.”

McGonigal is not just any “former high-level FBI official.” Prior to his retirement in 2018, he worked as the Section Chief of the Cyber-Counterintelligence Coordination Section and also as the Special Agent in Charge (“SAC”) of the Counterintelligence Division in New York.

Counterintelligence officers are responsible for identifying and neutralizing spies and traitors operating in the United States. They specialize in understanding how people in sensitive positions can be compromised or otherwise enticed to give away American national security or business information. Even in retirement, McGonigal is in a position to provide very exclusive information about how the FBI performs these duties which could be very beneficial to foreign adversaries. By taking money from Deripaska he knowingly broke the law, which immediately made him vulnerable to blackmail. And very few people are more qualified to understand this than McGonigal.

It’s easy to see why Deripaska would see him as a valuable mark. Beyond the obvious, it probably pays to take a peek under the hood of how Washington DC actually functions. McGonigal has a bio at the Potomac Officer’s Club. The POC is part of Jim Garrettson’s Executive Mosaic company which was formed in 2001 “to build an exclusive forum and cross media platform exclusively for top-tier executives in the greater Washington D.C. market.”

POC provides its members an opportunity to learn from peer business executives and government thought leaders, while providing an outstanding forum to develop key business and partnering relationships. Government leaders enjoy the opportunity to hear collectively from the leadership of the companies that provide their mission critical services…

McGonigal is not a “top-tier executive.” His membership was based on his role as a “government thought leader” who had “worked extensively against Counterintelligence and Cyber threats, specifically working and managing Espionage, Economic Espionage and Insider Threat investigations.” He was in charge of the investigation that convicted Bill Clinton’s former National Security Advisor Sandy Berger of secreting top secret documents out of the National Archives.

Ostensibly, McGonigal could benefit by networking with executives who might provide him with “mission critical services,” while the executives benefited by building a personal relationship with someone in a position to influence how the DOJ’s contracting decisions are made.

Needless to say, the Russians are keen to have influence over how America’s counterintelligence and cybersecurity agencies dole out private contracts because that can provide them a direct line behind our defenses. In an ideal world, McGonigal would have joined the Potomac Officer’s Club as a front to look for signs of foreign infiltration, but maybe he was just trying to line up more lucrative work for his post-government career.

This is all speculative, but it’s not a good sign when people in such sensitive positions go out into the private sector and start offering their services to Russian oligarchs.

Deripaska wanted some concrete things. The indictment mentions that McGonigal had previously tried to get sanctions specifically aimed at Deripaska lifted, but the offending contract was to “investigate a rival Russian oligarch.” Given his specific FBI experience, it made sense to hire McGonigal to investigate a rival oligarch, but it made even more sense to put him in a compromised position.

Lucky for us, the scheme was (hopefully) detected before it could be exploited. But this is how the world of espionage works in real life as opposed to in high budget Hollywood films. It’s dirty and grimy, requires a lot of planning and immense patience, has way more misses than hits, and every once in a while reaches paydirt.

Getting a compromised asset (Paul Manafort) put in charge of a successful presidential candidate’s campaign was Deripaska’s biggest coup. But it appears he’s also looking to compromise someone who can come in handy when needed.

It’s hard to protect against these methods. It’s hard enough to get talented people to serve on government salaries without restricting how easily they can reenter the private sector.  But we can’t have counterintelligence chiefs doing freelance work for sanctioned foreign adversaries either. We need to find a better balance in terms of policy.

SCOTUS — Sure, Take Her House and Build a Mall 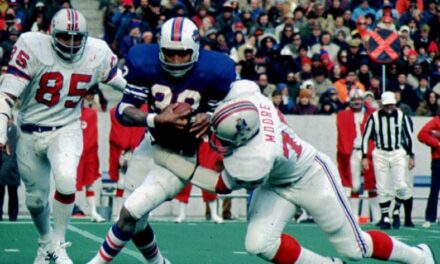