Via Atrios: Eye on the Ball


NOTE: Watch Larry Johnson’s testimony today before the Senate/House committee — it reairs at 5pm PT/8pm ET on CSPAN (1). The video is available at C-SPAN. His written statement began, “I submit this statement to the Congress in an effort to correct a malicious and disingenuous smear campaign that has been executed against a friend and former colleague, Valerie (Plame) Wilson.” See also: The testimony of Col. Pat Lang, Johnson’s associate and mentor. Back to Atrios’s post of Johnson’s transcript:

“Good morning. I’m Larry Johnson, an American, a registered Republican, a former intelligence official at the CIA, and a friend of Valerie Plame.

I entered on duty at the CIA in September 1985 with Valerie. We were members of the Career Trainee Program. Senator Orin Hatch wrote the letter of recommendation for me which I believe that helped open the doors to me at the CIA.


More below, with audio link:

From the first day we walked into the building, all members of my training class were undercover, including Valerie. In other words, we had to lie to our family and friends about where we worked. We could only tell those who had an absolute need to know where we worked. In my case, I told my wife.

I knew the wife of Ambassador Wilson, Valerie, as Valerie P. Even though all of us in the training class held Top Secret Clearances, we were asked to limit our knowledge of our other classmates to the first initial of their last name.

So, Larry J. knew Val P. rather than Valerie Plame. I really didn’t realize what her last name was until her cover was betrayed by the Government officials who gave columnist Robert Novak her true name.

I am stunned that government officials at the highest level have such ignorance about a matter so basic to the national security structure of this nation.

Robert Novak’s compromise of Valerie led to scrutiny of CIA officers that worked with her. This not only compromised her “cover” company but potentially every individual overseas who had been in contact with that company or with her.

We must put to bed the lie that she was not undercover. For starters, if she had not been undercover then the CIA would not have referred the matter to the Justice Department.

Val only told those with a need to know about her status in order to safeguard her cover, not compromise it. She was content with being known as an energy consultant married to Ambassador Joe Wilson and the mother of twins.

I voted for George Bush in November of 2000 because I was promised a President who would bring a new tone and a new ethical standard to Washington.

So where are we? The President has flip-flopped on his promise to fire anyone at the White House implicated in a leak. We now know from press reports that at least Karl Rove and “Scooter” Libby are implicated in these leaks and may have lied during the investigation.

Instead of a President concerned first and foremost with protecting this country and the intelligence officers who serve it, we are confronted with a President who is willing to sit by while political operatives savage the reputations of good Americans like Valerie and Joe Wilson.

This is wrong and this is shameful.

We deserve people who work in the White House who are committed to protecting classified information, telling the truth to the American people, and living by example the idea that a country at war with Islamic extremists cannot focus its efforts on attacking other American citizens who simply tried to tell the truth.

I am Larry Johnson.

Thank you for listening.

“I wouldn’t be here this morning if President Bush had done the one thing required of him as commander in chief — protect and defend the Constitution,” said Larry Johnson, a former CIA analyst. “The minute that Valerie Plame’s identity was outed, he should have delivered a strict and strong message to his employees.”

Patrick Lang, a retired Army colonel and defense intelligence officer, said Bush’s silence sends a bad signal to foreigners who might be thinking of cooperating with the U.S. on intelligence matters.

“This says to them that if you decide to cooperate, someone will give you up, so you don’t do it,” Lang said. “They are not going to trust you in any way.”

Johnson, who said he is a registered Republican, said he wished a GOP lawmaker would have the courage to stand up and “call the ugly dog the ugly dog.”

“Where are these men and women with any integrity to speak out against this?” Johnson asked. “I expect better behavior out of Republicans.” 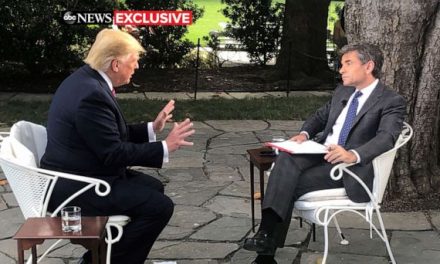 I just love the way this man has decided to get on Val. Wilsons side and stay there and putting politics aside for the sake of the country.

I hope many willhear his words and come back with some enlightenment for the better good.  I do detect some slightfullness towards Novak. [which I do admire]

Now what I see happening to him is the GOP will send for his head on a silver platter…;o(

Someone posted today that they’d like to see Johnson debate Victoria Toensing face to face.  That’d be sweet.

And if Larry brought Pat Lang along, they’d be dead meat.

Brenda, you’re the best…. your passion, enthusiasm, and how involved you are in all the issues.  Wow.  I wish I had half your energy!  I meant to tell you that I’ve been reading your diaries… glad to see you posting diaries.

Going to pick up my daughter in a few, then kick back a bit.

Thanks Susan, that means a lot coming from you.  You are amazing as well.  I try hard to stay up since I was not paying attention till 1999…well, I knew but didnt care that much so to speak.  I care tremedously nowadays.  I will try hard to keep my trigger finger off the diary button so I can read quality ones.  But thanks and coming from you it means a lot…