The story that started it all: Obama cuts deal with Iran over nukes

(WND) – Iran’s supreme leader, Ayatollah Ali Khamenei, expects a letter from President Obama in a few days guaranteeing the details of the agreement, arrived at recently during secret negotiations in Doha, Qatar.

The source, who remains anonymous for security reasons and is highly placed in Iran’s regime, said that once Khamenei receives Obama’s guarantees, he will authorize an announcement by Iran on a solution to the nuclear crisis before the U.S. presidential elections.

The agreement calls for Iran to announce a temporary halt to partial uranium enrichment after which the U.S. will remove many of its sanctions, including those on the Iranian central bank, no later than by the Iranian New Year in March. Iran is in the throes of massive inflation and citizen unrest because of the sanctions.

French intelligence verified today that Yukiya Amano, the current director general of the International Atomic Energy Agency, has been given the go-ahead by the U.S. to be ready to travel to Iran and announce the agreement, according to Hamid Reza Zakeri, a former intelligence officer in the regime who has defected to Europe. 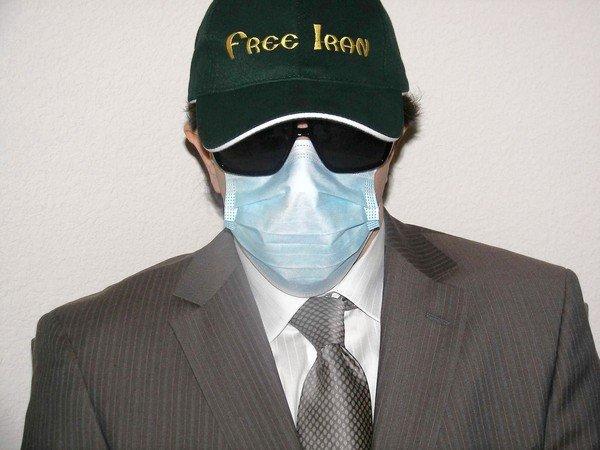 Author Reza Kahlili served in CIA Directorate of Operations, as a spy in the Iranian Revolutionary Guard, counterterrorism expert; currently serves on the Task Force on National and Homeland Security, an advisory board authorized by Congress. He is the author of the award winning book “A Time to Betray” and regularly appears in national and international media as an expert on Iran and counterterrorism in the Middle East.

U.S. Rep. Peter T. King (R-N.Y.), chairman of the House Homeland Security Committee, said Kahlili has convinced him of the importance of supporting the opposition and hardening sanctions against Iran.

’13th’ vs. ‘O.J.: Made in America’ plus other non-fiction political programs at the Emmy Awards

Some Courageous Persons Do Step Forward

.
Author is Reza Kahlili, get the point?  Undoubtedly “working for Congress” meaning for Issa and King.

Thanks for fleshing this out Oui.  Have been smelling a rat on this story since it broke.

. Israel’s former Mossad chief urges dialogue with Iran, calls Obama policy ‘brave’ (Haaretz) – A former head of Israel’s Mossad urged the West to solve the nuclear dispute with Iran through diplomacy rather than military action. Ephraim Halevy expressed backing for U.S. President Barack Obama’s approach to Iran, saying that Republican challenger Mitt Romney’s anti-Iran rhetoric closes the door to dialogue. In an interview with Israel Radio, Halevy called Obama’s policy “brave” and said sanctions against Iran were a “success” because they have caused a severe economic crisis. “Obama does think there is still room for negotiations. It’s a… Read more »