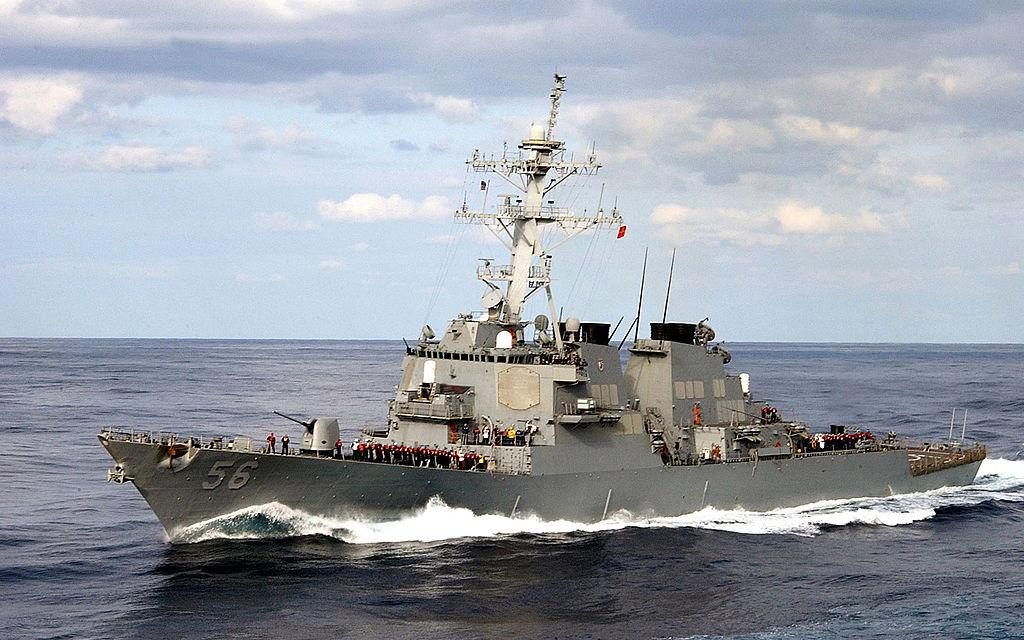 CNN anchor Brianna Keilar is a military spouse and since February of this year has been running a regular feature on the lives of military families in an effort to bridge the gap between civilians and those who serve.

My career is a big part of my life, but my family is paramount. As a military spouse I view the news through a very different prism than I did before I was with Fernando. Now when I cover North Korea, the reality of what a war with an unpredictable nuclear power could mean to my family and our friends is the first thing that comes to my mind. This makes my job a lot more emotionally taxing but I also think it makes me better at covering the news. It takes me outside of the bubble as I cover foreign policy.

So it was really something to watch her call out not just President Donald Trump, but the Navy leadership, for their role in acquiescing to White House demands to hide the USS John McCain during the president’s visit to Japan in an understated but devastating editorial comment earlier today. It’s worth watching in its entirety, and I’ve included some highlights below.

Keilar noted that Trump’s politicization of the military was already well underway, pointing to sailors wearing “Make Aircrew Great Again” patches, the president’s partisan rant while visiting troops in Iraq over the Christmas holiday, and his order sending troops to the border to carry out unconstitutional and illegal police activities.

“The Navy, which is stretched so thin on resources and deployments that many experts think that’s to blame for recent fatal accidents, like on the McCain at sea, is dedicating manpower to deal with this USS John McCain controversy,” Keilar pointed out, saying that Trump’s actions were putting troops in harms way. She would be one to know: she has written movingly of worrying about her husband -who by February 2018 had deployed 6 times- while hearing explosions in the background on phone conversations.

“The military is supposed to serve America, the Constitution. They are yours, not the president’s,” she continued. If Trump’s efforts continue, the military will ultimately be weakened as those who don’t support the president will decline to serve,” Keilar continued. She said America risked the military being “weaponized” by one party, pointing the the example of Venezuela and other dictatorships.

“The fact that the president never authorized this move to obscure the name of the ship is actually worse than if he did,” Keilar said. “Because it means that some officials in the Navy are catering to the president’s political vendetta against John McCain.”

It was a remarkable indictment from an otherwise straightforward reporter.