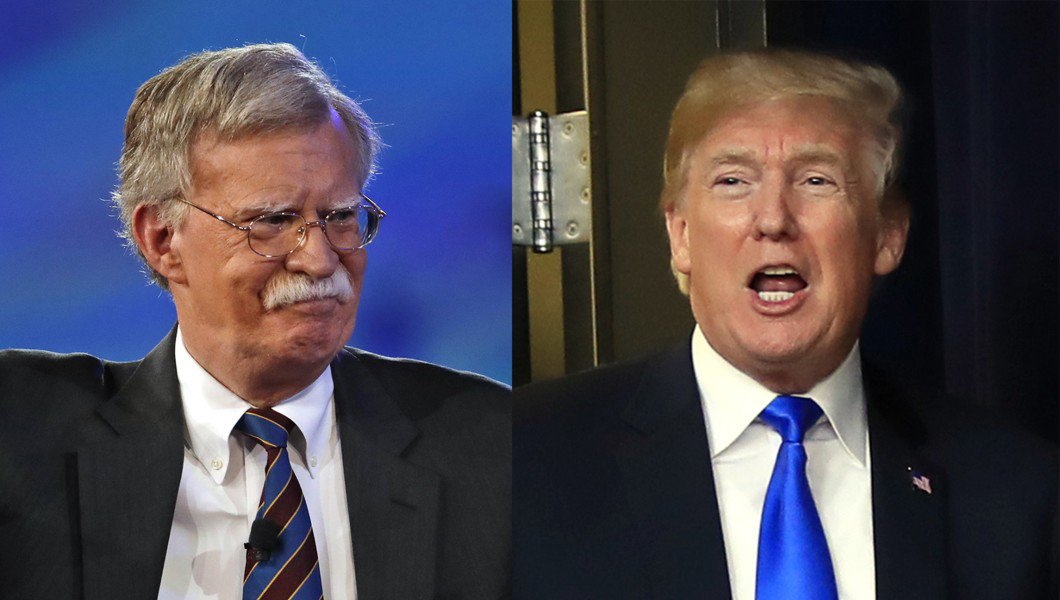 It looks like John Bolton’s first act of revenge after getting cashiered as Trump’s National Security Adviser was to go whining to reporters with the Wall Street Journal. It’s half of a plan, but why is Bolton dishing about stuff that only egghead liberals care about?

“Where’s my favorite dictator?” Mr. Trump called out in a voice loud enough to be heard by the small gathering of American and Egyptian officials. Several people who were in the room at the time said they heard the question.

The witnesses said they believed the president made the comment jokingly, but said his question was met by a stunned silence.

Among the Americans present for this supposed joke were “Treasury Secretary Steven Mnuchin and then-national security adviser John Bolton.”

I doubt the Egyptian president appreciated Trump’s remark, as it wasn’t flattering and showed a typical American condescension.  It was  a careless and undiplomatic mistake by the president, but obviously not out of character. If the point is that he was serious and he really does love dictators and Al Sisi best of all, well, we already knew that he has an odd infatuation with loathsome dictators. I suppose we should be grateful that his number one doesn’t reside in Moscow or Pyongyang.

This just seems like a really toothless move by Bolton that shows he really does care what his peers in the Establishment think. But if he wants to hurt Trump, he’ll have to do better than this.