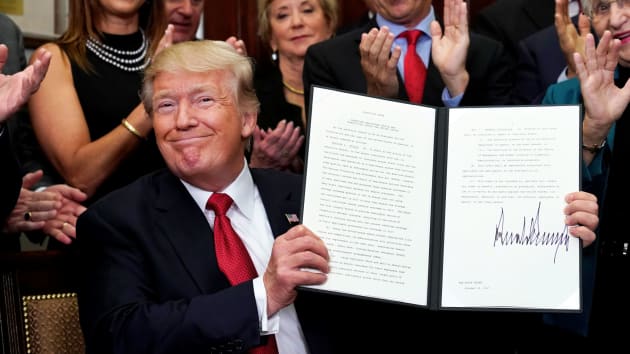 It seems like the star the guides Donald Trump is the destruction of anything Barack Obama accomplished as president. We’re familiar with the big ticket items: the Paris climate agreement, the nuclear deal with Iran, and the passage of the Affordable Care Act. It’s this last one that has bedeviled Trump.

The Republican-led Congress of 2017-18 tried and failed to enact a repeal and replacement of Obamacare. This left the Trump administration with the unenviable job of running a health care program they had promised to eliminate. When they lost control of the House in the 2018 midterms, they also lost any opportunity to try the legislative route a second time during Trump’s first term.

That left the judicial route.

The case before the [Supreme Court] was brought by a group of Republican states, and as part of that case, the Trump administration is seeking to invalidate the entire Affordable Care Act, which passed in 2010 and became one of President Barack Obama’s most significant legislative victories…

…The latest ACA suit was organized by Republican attorneys general in Texas and other states. When the Trump administration declined to defend the law, a coalition of Democratic-led states entered.

The case began after the Republican-led Congress in 2017, unable to secure the votes to abolish the law, reduced to zero the penalty for a person not buying health insurance. Lawyers for the state of Texas argued that in doing so, Congress had removed the essential tax element that the Supreme Court had previously ruled made the program constitutional.

A district judge in Texas agreed and said the entire law must fall. Eventually the Trump administration agreed with that assessment.

This past Monday, Attorney General William Barr argued in a private White House strategy session that it was bad politics to continue this quest in the midst of a global pandemic. It’s seems like unassailable advice.

The high court plans to hear arguments in the case later this year, and a decision may not come until 2021, well after the November election.

The Court’s ruling is unlikely to come down before the election in November, and that can cut both ways. On the plus side for Trump, he can remain consistent in his determination to destroy Obama’s signature achievement without worrying that anyone will actually have lost their health care coverage as a result when they go to the polls. On the other hand, every other part of this is a big negative for him.

He won’t succeed in eliminating the Affordable Care Act in his first term, so he can’t run on that achievement. Yet, everyone will know that he is still trying to accomplish it, and that his promises to preserve the most popular parts of the law ring hollow since he couldn’t come up with a successful plan even when the Republicans theoretically had the congressional power and votes to do it.

Meanwhile, the Covid-19 pandemic has thrown tens of millions of people into unemployment, so the demand for non-employer supplied health insurance is at an unprecedented high. The demand for health care services is also through the roof, and hospitals have been devastated by their inability to perform profit-making elective surgeries, so they are in a terrible position to be treating millions of uninsured patients.

If anything, the pandemic has exposed weaknesses in our health care delivery that lend support to rethinking the employer-based system. It’s time to be more ambitious rather than less.

Trump’s basic argument comes down to this:

“We want to terminate health care under Obamacare,” Trump told reporters Wednesday, the last day for his administration to change its position in a Supreme Court case challenging the law. “Obamacare, we run it really well. . . . But running it great, it’s still lousy health care.”

He’s saying that his administration is doing “really well” at delivering people “lousy health care.” Never mind that he’s got that backwards, it’s still an admission that his performance is not good. The second phase of his argument is the exact same as the one he made during the effort to pass a replacement bill. He says he’ll maintain popular things like a ban on refusing plans for people with pre-existing conditions, but he and the Republicans could never discover a way to make private insurers provide unprofitable plans that didn’t also require healthy people to buy very profitable plans. If he can’t articulate a way around that problem, no one will have confidence that a total repeal of Obamacare won’t eliminate these protections.

In any case, Trump did not take William Barr’s advice, and the administration is still going to argue before the Supreme Court that the entire Affordable Care Act should be scrapped. People will not know the outcome before they vote, but they’ll know that it’s possible that the conservative Supreme Court will side with Trump, and they’ll want some confidence that the next administration has a plan in place if that’s the outcome.

This obviously boosts health care as a topic of interest to the electorate, and that’s exactly what Trump does not want.

Trump has been mask averse for weeks. Within minutes of the CDC announcing its updated mask recommendations, he said, “I don’t think that I’m going to be doing it.”

Trump has told advisers that he believes wearing one would “send the wrong message,” according to one administration and two campaign officials not authorized to publicly discuss private conversations. The president said doing so would make it seem like he is preoccupied with health instead of focused on reopening the nation’s economy — which his aides believe is the key to his reelection chances.

Trump believes that his reelection depends on the electorate placing economic anxieties over anxieties about living or dying. If that’s his assessment, then he should be doing whatever he can to calm people’s health care anxieties.

Enrollment in Obamacare marketplace plans declined somewhat during Trump’s term, with the drop largely attributed to high employment levels where people were obtaining coverage through their new jobs. That trend has obviously been reversed.

The job for Joe Biden is straightforward. By his own admission, Trump is delivering “lousy health care” and he’s trying to eliminate subsidized health care coverage for millions of people at a time when millions have lost their employer-provided plans along with their jobs. Anyone with a preexisting condition will have difficulty getting a new plan if the Affordable Care Act is scrapped by the Supreme Court. Other protections, like being able to keep your child on your plan until they’re 26, will also go away.

When you add this to Trump’s terrible performance on the Covid-19 pandemic, it’s a very strong case for replacing the president.

Trump should have listened to William Barr. If he wants people to be less stressed about health care, he shouldn’t be trying to take away people’s insurance. That ought to be a no-brainer.

I got your health care rationing 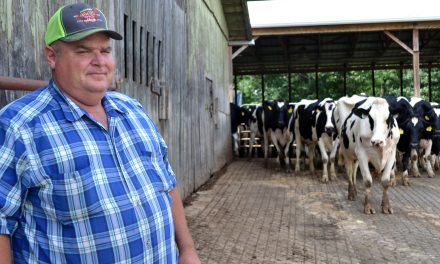 Here’s an Obama Era Regulation I Might Roll Back

Who said Barr objected? They lie.

Over 2500 people died YESTERDAY, in what the vast majority know is an undercount. We have ‘scientists’ testifying today, under oath, that it’s no different than 50,000 vehicle deaths A YEAR.

Our federal government has noticed that Covid kills more POC than white people. What is it doing?

Nothing. Because killing more POC is government policy. 40% of the American public agrees with this policy. And some of them are willing to enforce that policy with arms.

You may also want to read this little beauty from 538. Here’s the title of the piece:

There is the unmistakable feeling that there is no longer the sense of urgency with respect to mitigating infection and deaths. This started around the time that stats showed minorities were being affected at a much higher rate than whites. Its no coincidence that open displays of racism and bigotry have been a prominent aspect of these mostly manufactured and Trump supporting open up the economy protests. The message to them has been loudly implied: don’t worry, its not “us” that’s affected, its “them” and that’s not a bad thing. Its provided a flash point for the kind of racist… Read more »

I don’t ever think it’s valid to talk about Trump having a strategy, except to keep lying and bullying because it’s always worked before. That’s not a strategy, it’s the only thing he knows how to do.

The republican party’s strategy is to keep Democrats from being able to vote. Allowing POC to die supports that strategy. They know their people will keep voting their hate no matter what happens around them.

The Justice Department is dropping its prosecution of former National Security Advisor Michael Flynn, according to a court filing Thursday.

My guess is that Trump and co. are now assuming that no amount of cheating and lying can get them back in office – so they are trying to do as much damage as possible before they get thrown out.