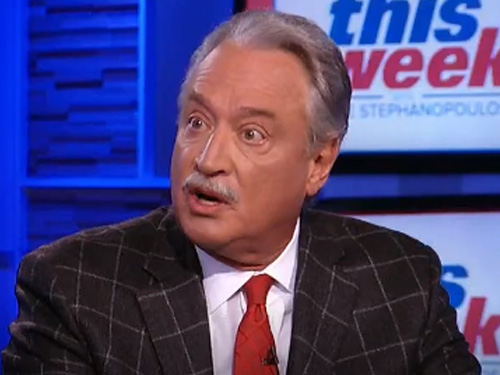 There are a few things you should know about Alex Castellanos. His family emigrated to the United States from Cuba in the early 1960s. He was a National Merit Scholar and earned a degree in philosophy from the University of North Carolina at Chapel Hill. He’s worked in a senior capacity for several presidential candidates, including Bob Dole (1988 and 1996), Poppy Bush (1992), George W. Bush (2000 and 2004), and Mitt Romney (2008).

He’s a very well-credentialed member of the Beltway Establishment in good standing. He belongs to the Washington Speakers Bureau and regularly appears on CNN. Since 2008, he’s run a bipartisan political shop with Democrat Steve McMahon. This is not the profile of a religious nut.

But it’s also important to know that Castellanos got his start in politics in 1984, working on the campaigns of Strom Thurmond and Jesse Helms. He’s probably most famous for his production of two ads. The first was the “Hands” commercial that ran in Helms’s successful 1990 reelection bid:

During the campaign, Castellanos drew media attention for an ad he created that showed the hands of a white man holding a rejection letter because he had lost a job to a minority worker. The ad, known as “Hands”, was criticized by supporters of Helms’ opponent, Harvey Gantt for appealing to racial biases of white voters. Castellanos later explained that the intended message behind the ad was that “nobody should get a job, or be denied a job because of the color of their skin.”

The second was the “Rats” commercial he ran in 2000 against Al Gore:

While working on the 2000 campaign, Castellanos created an ad about the Medicare prescription plan Al Gore proposed in which the word “RATS” flashed briefly on the screen as the word “bureaucrats” appeared. This was discussed in the media as potential “subliminal messaging.”

So, Castellanos is a sophisticated and cynical operator, but he’s hardly a genuine man of the people. That’s why it’s notable that the former philosophy student made the following remarks about listening to the advice of scientists:

Alex Castellanos, a veteran Republican strategist, said the divide over whether to cover one’s face is, like many things in the Trump era, political.

“Mask-wearing has become a totem, a secular religious symbol,” Castellanos said. “Christians wear crosses, Muslims wear a hijab, and members of the Church of Secular Science bow to the Gods of Data by wearing a mask as their symbol, demonstrating that they are the elite; smarter, more rational, and morally superior to everyone else.”

I do not for a second believe that Castellanos feels this way about scientists or the people who look to scientists for guidance in the middle of an emergency. But he obviously sees a political advantage for the Republican Party is fueling resentment against anyone who might be considered smarter and somehow “better” than the Average Joe. Ramping up anger at elites is a dangerous game for an elite like Castellanos. A lot of former Republican strategists have come to regret playing that game and are endorsing Joe Biden. Evidently, Castellanos still sees dollar bills in keeping to the old script.

The old script is getting people killed and destroying the economy, however, and it’s doing no favors to Trump’s standing in the polls. In recent days, it seems like every Republican who has any influence over the president has asked him to stop opposing mask-wearing. The latest is his former chief of staff Mick Mulvaney.

Castellanos sees more advantage to taking Trump’s side. It’s calculations like this compounded over time that took us from the party of Poppy Bush to the party of Donald Trump. The former could handle the complicated end of the Cold War,  while the latter can’t handle even routine business, let alone a global pandemic.

We now see a huge partisan chasm between people who do and don’t have a college education. There are good reasons while ordinary folks should be unsatisfied with the performance of our elites, but the fact they’re educated isn’t one of them. If nothing else, the COVID-19 outbreak has been a useful experiment in what happens when you follow scientific advice and what happens if you don’t. At this point, Castellanos and Trump are Dead Enders, the last of a breed that doesn’t realize that current events have already rendered a verdict, and that verdict is “guilty.”