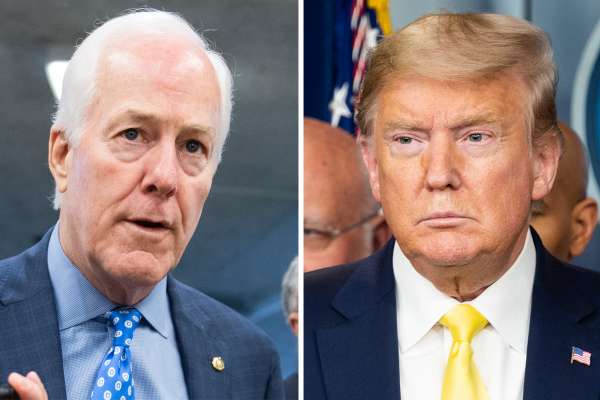 Public Policy Polling has a solid ‘B’ rating from FiveThirtyEight, with a slight mean-reverted bias of D+0.3. This means you should expect their results to be pretty accurate, if perhaps a tad optimistic for the Democrats. They’re not the best in the business, but they’re not partisan hacks either. Their poll out of Texas has Biden leading Trump 48 percent to 46 percent. They have Senator John Cornyn leading Democratic challenger MJ Hegar 42 percent to 35 percent, with a healthy 23 percent “unsure.”

The immediate problem for both Trump and Cornyn is that Texans don’t like them, which can be seen in their favorability and job approval numbers. Forty-six of respondents gave Trump good marks for the job he’s doing, while 51 percent disapproved. Cornyn got the thumb’s up from 29 percent, and only 27 percent have a favorable personal opinion of the senator.  As a result, both candidates will have to rely on a robust anti-Democratic vote to carry them over the finish line.

The last time PPP polled Texas, in mid/late June, they had Trump up by two, and the latest Fox News survey had Biden leading there by one and Cornyn leading by ten. So, PPP’s latest isn’t some outlier, but rather further confirmation that Texas is preparing to go blue.

It makes sense that Trump will fall before Cornyn, as he’s manifestly doing a lethally horrible job and isn’t a traditional conservative. But Cornyn has to be concerned that he get pulled under the waves if things continue on their current trajectory. Ironically, more Texans support Cornyn even though they express better approval of Trump. My only explanation for that is that partisanship is more important to people in Senate races, but on the presidential level it actually matters that you don’t get people killed by the hundreds of thousands.

As things stand, Cornyn is going to need a good chunk of the electorate to split their ballots or he’s going to be looking for a new job. That’s likely to be the case in several other Senate races, too. This is why Trump’s allies are begging him to change his behavior. In truth, there are countless Republicans who would be relieved if Trump loses, but they don’t want him bringing devastation to the rest of the party. The ideal solution for them is a narrow defeat that keeps the Senate in their hands, and avoids historic state and local losses. The risk in Texas is substantial, as Larry Sabato estimates that a Biden win there could flip as many as ten congressional districts to the Democrats.

But there is zero chance of Trump pivoting or becoming less divisive. He’s more interested in defending the Confederacy than our own soldiers in the field.

For Republicans sharing a ticket with Trump this fall, my advice is to look at the governors who opened up their economies too soon and are now suffering the consequences with filled hospitals and soaring death counts. They didn’t defy the president because he is more popular with their base than they are, but they most certainly are in a worse political situation now than if they had stood up to him. In post-Trump America, the only viable statewide or national politicians will be those who broke with him while it still mattered. That could be true this November, too. 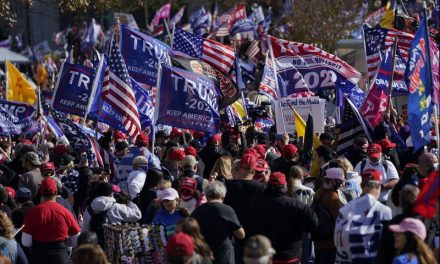